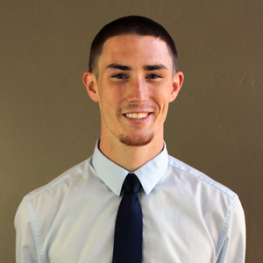 Casey spent 12 years in Texas' foster care system. Not long after Casey’s father was sentenced to 25 years in Federal Prison, and his mother neglected to provide for her children, Casey entered into the CPS System. Two and a half years later he was finally reunited with his family. Casey was adopted by his Grandfather. Unfortunately, three months later his grandfather died, and Casey was forced into homelessness. He had to grow up and mature at the at the tender age of eleven. Casey experienced multiple different placements which never let him express himself in the way that he wanted. Through trial and error, and many years, Casey started to carve himself into a well rounded man. As the years went by Casey developed a reputation as a scholar athlete, winning many awards in multiple sports like: football, basketball, track and field, and swimming and diving. Popularity came naturally, he took that and converted it into positive ways to impact others in the same situation. He became a role model for many youth in the homes that he would reside. Not only influencing the kids a home, but also impacting community by participating and leading many charity events such as: the Walk for Life which contributes to the Cancer cause. He organized the local special Olympics and volunteers at the local fire department. All of this while continuing to excel in sports. He won back to back Fighting Heart Awards along with countless metals. Upon graduating with honors, he aged out of the CPS system. Casey’s goals are to continue school at Sam Houston State University for nursing to become a CRNA (Certified Registered Nurse Anesthetist). While attending college he would like to continue as a role model for youth. They can use their resources to start them out with their best foot forward. There are so many things that a vast majority of current and former foster youth do not know about. Casey would like to walk them through that process and give them the support that they need. Casey is known by his friends as a scholar, athlete, logical, and very sociable. Casey is a friend, leader, scholar, athlete, and most important.. an advocate for his peers in care.