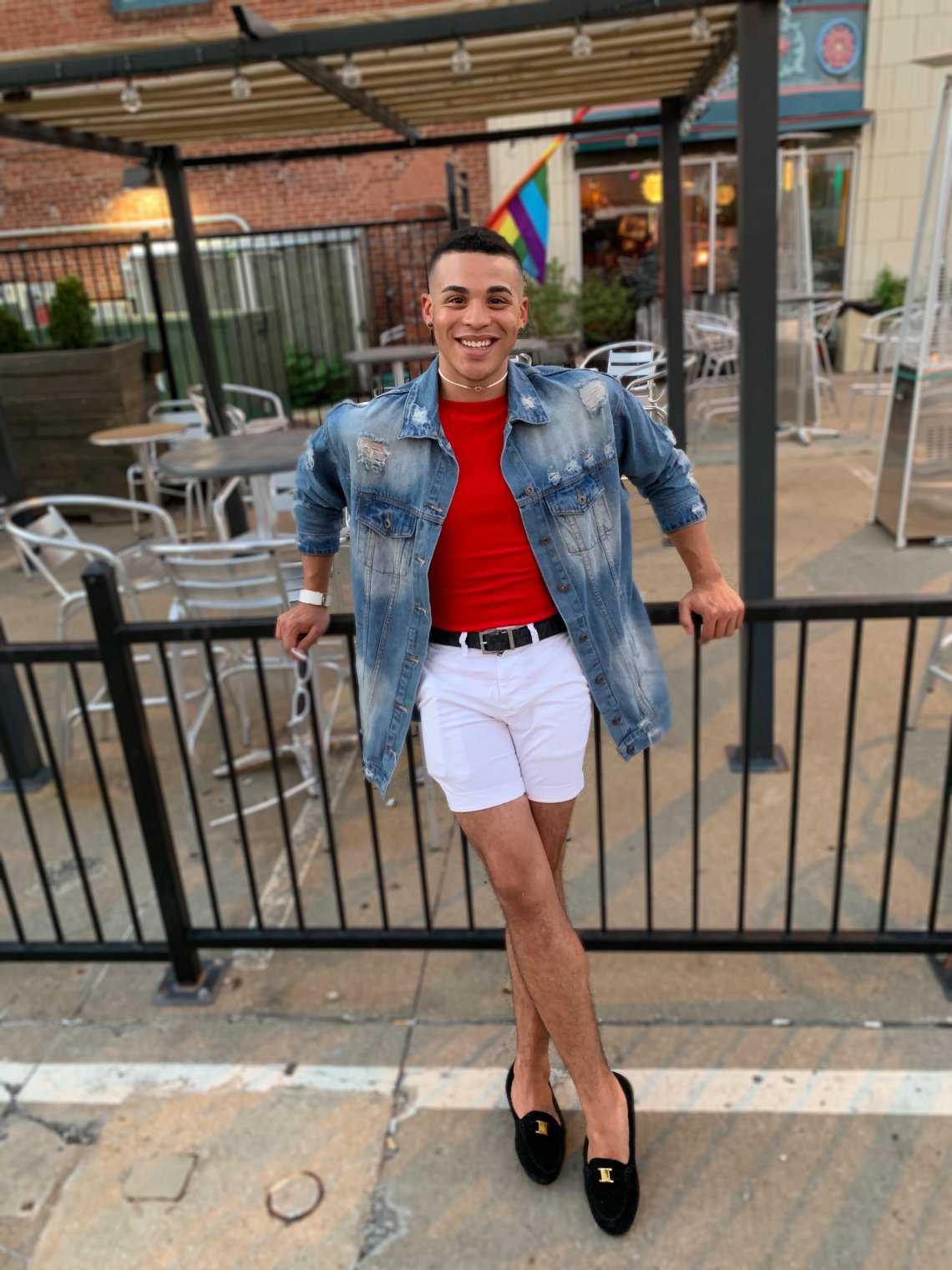 Before I met my two dads I found myself living the life of a chameleon and at times I still do, masking who I am, adapting and trying to fit in where I never thought I'd ever belong. When I was on the edge of ending it all together, my two dads saved my life. My fathers helped me discover my truth and understand that my identity as an LGBTQ youth is mine and no one can take that from me.

I come from a very broken, religious and rural family. My father was a deacon of the church and my mom was a member of our church choir. What many at the time didn’t know was my dad was abusive, misused substances, and my mom was a victim of domestic violence, too scared to ever speak out.

At a very young age, I knew that I was different than my siblings, many family members and almost all of the children in my class, but I never really understood what that meant and how that would later affect me in my life. Through my continuous self-discovery, I have found that I am on the spectrum of gender fluid, where I do not conform to specific gender norms.

In my childhood household being gay was never safe to talk about. I didn’t know what being gay was until I found myself looking at boys differently and being picked on at school for being so. As someone who is also bi-racial, my father really pressed hyper-masculinity on me and pushed me so hard  because he felt that I was not black enough, totally forgetting that I was not just black. In addition to the color of my skin, my biological father would make remarks such as, “if my son is gay I will not only beat the gay out of him I will throw him out of my house.”

After coming out, many situations built up to my entrance in the foster care system. At age 14, I was told I was put in foster care because of my sexual orientation, negligence, and a hostile home environment. It really made me feel like I wasn’t enough, as if the dark thoughts in my head were true. I slowly felt unloved and that all became reality.

Before meeting my two dads, placements in my rural community that were open and affirming to a gay, bi-racial teenager was almost non-existent. I was told by my worker that different potential placements fell through because of the fear of that I might “turn the other children gay” and the fear of predatory behaviors. So, while sitting in a residential facility under an emergency shelter status, I was on the cusp of ending my life all together.

When I met my forever family I instantly knew that it was where I was always meant to be, they welcomed me with open arms and never once made me feel like I didn’t belong. It was the first connection with a family that made feel like I was their own. With so much pain from the past, I found myself testing the limits of my fathers to see if the love they had for me was real. Instead of giving up entirely, they never failed me.

My two dads have helped me navigate discrimination, racism, homophobia, and most importantly gave me the power to be in control of my own voice and embrace who I was. For a long time, I struggled with my identity when it came to the color of my skin. Many people have asked what nationality I am. Are you Puerto Rican? Are you Cuban? Are you Hispanic? Are you mixed? As someone that identifies as both a gay man and bi-racial, being both African American and Caucasian, creates a battle within that intersectionality. One of my dads is also bi-racial and by the way he carries himself and stands so true to who he is, giving me faith and hope. He helps me understand I’m not just white, I’m not just black, and at the end of the day, I’m Weston.

With so much conversation about same-sex couples fostering and adopting the overall mission to give children in need safety, stability and love is often absent. I am a walking testimony that if it wasn’t for my dads taking a chance on me and helping me embrace my sexual orientation, the color of my skin and who Weston is, I wouldn’t be here to write this article. When a child enters the foster care system they just want to find a family that loves them unconditionally and supports them continuously. At this point in this country, with our broken foster care system, there are not enough foster homes, consequently, we have children in residential facilities and group homes that do not necessarily have any reason to be in those specific placements.  Why keep capable men or women from giving children the lives they never imagined? Because that is exactly what my fathers did for me. We should not take away the rights for same-sex couples or individuals to foster or adopt because we lack knowledge or understanding of the unknown.

Weston Gallo entered foster care at age 14. After hospitalizations, shelters and foster home placements, he found his forever family with his two dads and six siblings. Learn more about Weston Charles-Gallo , who has advocated for LGBTQ+ young people and families across the country. Weston has been featured on NBC News and was selected as one of FosterClub’s 2018 Outstanding Young Leaders; Weston also served as a 2018 #FosterEquality spokesperson, advocating for equality for LGBTQ+ youth. Weston is an LGBTQ foster youth ambassador for the Human Rights Campaign and a member of the Youth Speak Out Team.

Learn more about the Every Child Deserves a Family Act & Campaign. 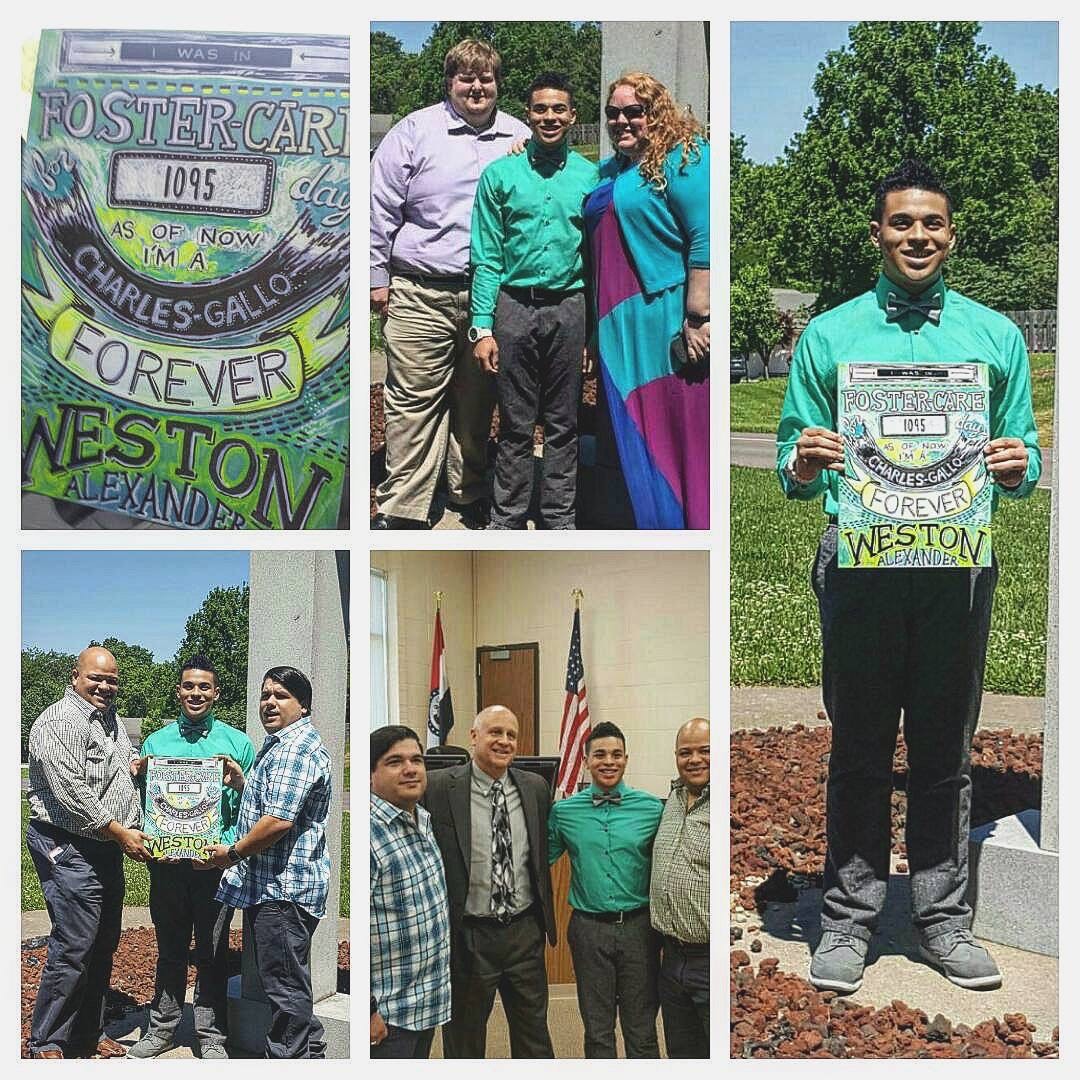