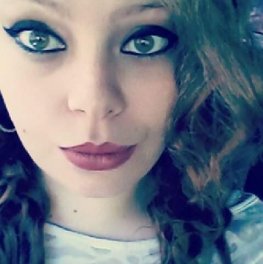 At the age of five years old, Tina Robinson was taken into the state of New Mexico’s custody along with her five older siblings only to be later separated, restricted from contact outside of irregular supervised visits, prescribed multiple psychotropic medicines and forced to attend 5 different schools all before 2nd grade. At the beginning of 3rd grade, her biological aunt stepped forward and adopted her and provided a secure, clean and stable environment in which Tina was able to thrive for a time. Sadly, a few short years later Tina returned to the custody of the state as a runaway and delinquent teenager after her aunt had passed away, and the drug addled relative who became guardian was physically, mentally, and emotionally abusive.

Though the beginning of Tina’s story was harsh, the day the Harris family opened their arms, Tina found her forever home. After adoption came stability, love and an openness to experience the world that she had never known. Tina has graduated high school, is currently pursuing a double major at Clovis Community College, and is very close to her biological mother and siblings as well as her extensive adoptive family members. In an effort never to forget her roots and give back to the world that has shaped her, Tina Harris remains informed and active in her advocacy work. She has served on the Juvenile Justice Advisory Committee of N.M. since 2014, and is a 2020/22 Congressional Shadow Day Delegate, in addition to attending and presenting countless trainings and conferences centered around the Juvenile Justice and Child Welfare Systems.

“As a youth affected by the Juvenile Justice system, with over ten years’ worth of experience as a ward of the Child Welfare Systems, I have dedicated my few years of adulthood to continuing the fight for each individual to have a voice and improved quality of life/treatment for the youth currently in care no matter the state or country. With first-hand knowledge of the murky waters that youths’ must tread on a daily basis, while the hope of finding stability and happiness is dangled above their heads, it is a personal triumph to see hard won deviations from the present standard that will encourage the future of such systems to rise above the current stigma and practices.”