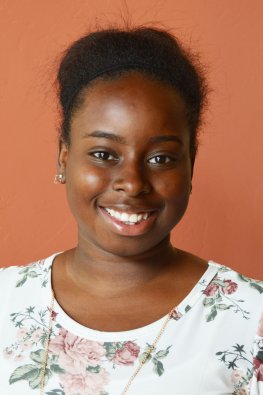 Years in care: 5 Tamara Milford was placed into care after the death of her mother in 2012, at the age of 15, in her hometown of Nashville, Tennessee. Tamara stayed in a single parent foster home until 2015. She was then placed into another foster home and adopted a year later. She says being adopted has been the best experience she could have ever asked for. She now has a family to support and love her for the rest of her life. Tamara believes that every youth in foster care deserves the opportunity to have a positive experience, such as being adopted. She uses her story and experiences about foster care to inform others foster care shouldn't be seen as a bad thing, and just because you are in foster care doesn't mean you can't have the same opportunities as others. Currently, Tamara is in college studying law. She hopes to become a district attorney in the future. She is heavily involved in activities on campus. If she had to choose a favorite she would pick, Mock Trial, which is a competition team that involves lawyers and witnesses mimicking the actual stages of a trial. Tamara is an All-Star for FosterClub and uses her voice to provide insight on her experiences in child welfare to educate others.