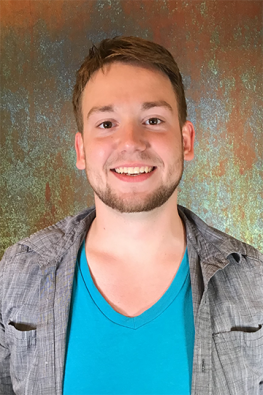 Stormy Lukasavage used his three years of lived experience as well as his passion for authentic advocacy to create opportunities for former youth. He first started working on the state’s tuition bill which would grant foster youth a tuition free college experience. After that, it was Senate Bill 23 in which Stormy worked on. Senate Bill 23 enables foster youth the right to graduate from high school with an altered curriculum. He used that to graduate as a junior and jump straight into college.

In his college years, Stormy would become president of his state council. He would organize the two largest conferences held for youth in the summer back to back while also supervising them. He would also attend proclamation signings, foster family training, and numerous panels. Stormy graduated from Washburn University in spring of 2019 with a Bachelor’s in Science of Criminal Justice and a minor in Theater. And straight after graduating, Stormy would attend National Shadow Day as a Shadow Day Participant. Stormy Lukasavage finally also holds a National Young Leader award from FosterClub, as well as being the first ever All-Star from the state of Kansas. He also currently serves as an inaugural member of the National Association of Counsel for Children advisory board where he works to promote representation for youth in the court system. His biggest project as a Young Adult Consultant would be the roundtables regarding COVID-19 featuring youth around the nation voicing their concerns to an audience.