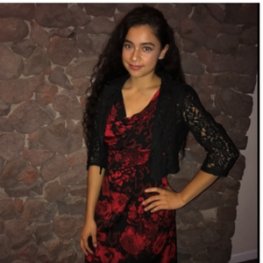 Stephany spent 5 years in California's foster care system. While in care, Stephany experienced several different placements and was separated and reunited with her siblings. Stephany is very proud of receiving “Best Defensive Player” two seasons in a row for basketball, as well as being accepted into an engineering academy for girls called SYWA (Solar Young Women's' Academy). She received 3rd place in a Quadcopter Competition where she helped design a quadcopter and competed. She I also received my first job as a Carhop at Sonic. And receiving her first 4.0 GPA last semester for her sophomore year. Her willingness to help out her community in National City shines for foster kids to have better support systems because she believe one's character growth begins at home and it's crucial for foster kids to have a strong foundation. Stephany has also volunteered at her church, and is apart of Reality Changers who do community service all over. She dreams of becoming a mechanical engineer and attend Yale University. She plans on continuing to give back to the community and would like to become an advocate for other foster kids as well. Quote: I believe giving back is important because those people that were always there for you supporting and motivating you to do better need to know that they are greatly appreciated for what they’ve done and helped you develop yourself as an individual.