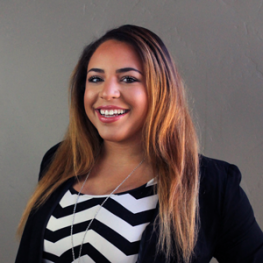 Shea spent 5 years in Montana's foster care system. As soon as Shea was born her father abandoned her, leaving her with only her mother. Traumatically her mother passed away one year later, which left her homeless in the city of Minneapolis, Minnesota. The only next of kin willing to take her in was her grandmother, but she resided in Montana. She was sent to live with her grandmother and lived a relatively good life where Shea became involved in all sports but brilliant in soccer specifically. Although her social life seemed perfect, back at home was a different story. Her grandma had mental health problems and their relationship was extremely abusive. At age thirteen, news broke and she was sent to live in a group home until things simmered down at home. Shea never went back home and stayed in the foster care system until she aged out. She was moved around to over a dozen homes in four years, three different schools, and two different states. Shea struggled in the system until age 17 where she took the initiative and emancipated herself. Granted the opportunity to serve her country, she joined the Marine Corps. Unfortunately, Shea was later medically discharged due to Anemia and had to come back home to Montana and start fresh. Shea has not gotten the opportunity to meet all of her biological siblings but is working on getting in touch with them. She obtained a part time job and goes to school full time. Although, she is uncertain which path she will choose academically, she has interests in pursuing exercise science, forensic science, and possibly attend police academy. Shea plans to re‐enlist in the Marine Corps and finish what she started! Shea currently works on a Youth Advisory Board in Montana, where she has the opportunities to speak on subject matters that she believes in. Shea would like to one day start her own YAB (youth advisory board) where she would be able to participate in more hands on. SHEA IS AN ATHLETE, SCHOLAR, AND WANTS TO START HER OWN YAB (YOUTH ADVISORY BOARD).