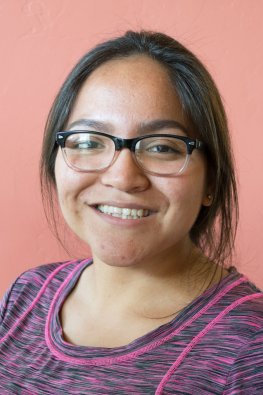 Years in care: 17 Shanell Lavallie was born in Fort Belknap, MT Indian Reservation. At the age one, Shanell was moved to Great Falls, MT and placed into foster care. Shanell grew up in the same foster care placement and aged out of the foster care system. During her junior year of high school, Shanell became a valued member of her community when she became involved with InterTribal Strong. InterTribal Strong is a group of American Indian student leaders from Great Falls, Montana who are making a difference for their community. She was also involved with her high school's Native American Club and served as vice president in her senior year in high school. Later that year she took on the presidential role. Shanell graduated from Charles M. Russell High School class of 2016 at age 17 and began pursuing her higher education at Salish Kootenai College. During her freshman year in college, Shanell became an active member of her youth advisory board in Montana. She also participated in the strategic planning to reduce suicide amongst youth in Montana. Currently, Shanell is 18 years old and will be starting her sophomore year at Salish Kootenai College in the fall. She is a 2017 FosterClub All-Star.