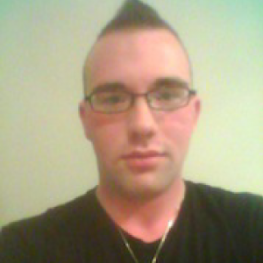 Shane Kendall spent 10 years in Kentucky's foster care system. For Shane Kendall of Kentucky, life has never been easy—even when it looked like he’d gotten the breaks. After four years and four homes in foster care, he was adopted at the age of seven. But something just wasn’t right, and after ten years in that home he was asked to leave over differences related to his sexual orientation. But Shane Kendall finds strength in his optimism and self-belief—his only listed career goal: To be the President of the United States. He’s well on his way. As the vice president of his local True Up Youth Advisory Council, he’s had an opportunity to speak with politicians and even help get a bill passed. “We even got to shake hands with our governor,” he says. This is the voice of a man who knows how to get things done. The way Shane sees it, youth should help improve the foster care system “Because it is their right. They shouldn’t have to sit around and just deal with the system. They should be able to say hey this is what is right for me. They have a voice and should be able to use it.” At 20, he’s just emerging from foster care with big plans, a big voice, and a giant future.