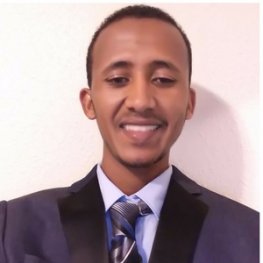 Shambel spent 3 years in Colorado's foster care system. Shambel is from Eritrea in East Africa; after his mother passed, he fled to Ethiopia with two friends of his friends due to lack of educational, living opportunities and human rights violations. After living in a refugee camp for four years, Shambel and his brother were placed on a list to come to America and in 2013, they both arrived in Colorado Springs as part of the Unaccompanied Refugee Minor Program. In the past three years, he has actively participated with different organizations, including traveling to Washington DC for the Refugee Youth Consultation and being elected for the Third National Refugee Congress. Shambel received an award from the Pre-collegiate program as an Outstanding Student in Pre-Calculus class. Currently a senior in high school, he’s committed to giving back to his community by also serving at the Eritrean Orthodox Church as a Deacon, and volunteering at the University of Colorado Hospital. His future plans are to attend college and pursue a career in the medical field. Quote: Giving back to your community is making social connections and working with people to develop and grow new perspectives.