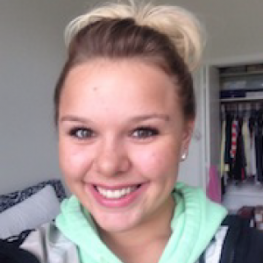 Sarah Redmon spent 5 years in Alaska's foster care system. Sarah was taken into care, for the first time, the week before she started fifth grade with her 11 siblings ,“I thought life was going great and my family was fine,” she says of the shock. They were all reunited with in a year and were placed again 3 years later. She stayed in care until she was 17 when she was reunified. “I became homeless,” she says after refusing to live with her family again. “I was couchsurfing and focusing on graduating as a junior by taking extra classes.” She worked with Facing Foster Care in Alaska to extend foster care to 21 and allow youth who were in care after 16 to return if they need to. Sarah and her siblings fought to stay connected. “We were separated but one of us would always know where each of us were at all times,” she says. “They just threw me a surprise birthday party!” Facing Foster Care in Alaska is an organization made up of current and current foster youth between 15 and 24. FFCA members come together to discuss, educate, train and advocate around Alaska around child welfare issues. Sarah is currently in a foster home while she attends the University of Anchorage Alaska for her bachelors in social work.