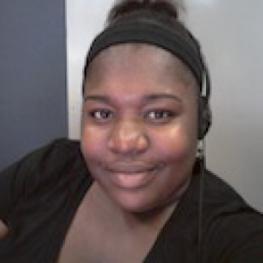 Qunesha Divers spent 2 years in Michigan's foster care system. Qunesha was in foster care for only two years. “Only” was long enough for Qunesha who experienced separation from her little brother which she says was by far the most difficult part of being put into foster care. It wasn’t until she knew where he was and that she could talk to him regularly that her nightmares stopped. Now she sees her brother often and knows that he is safe. Qunesha has a history of being on the honor roll throughout high school. She also lettered in track and played on the freshman and sophomore basketball team. The Michigan Youth Opportunity Initiative has been a resource for Qunesha to become the leader and community volunteer that she is today. She has partnered with other organizations such as Habitat for Humanity and Fifth Third Bank to bring events to fruition. She enjoys being a leader through MYOI and says, “Being a part of a youth group requires you to be an active leader. You have to be able to pitch an idea to the group but also have a plan with steps to complete that idea.” Ultimately, Qunesha hopes to become a Certified Nurse Anesthetist. This goal will take a lot of planning, education and goal setting.... all things Qunesha has prepared for.