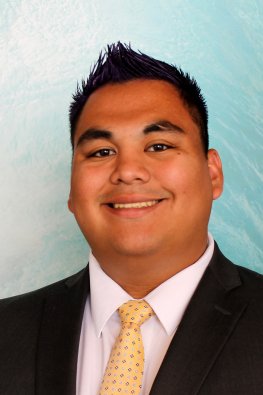 Phoenix Ramirez is 19 years old. Between the ages of four and 18, Phoenix was in and out of foster care throughout the state of Oregon, placed in 13 different foster homes as well as four treatment facilities. He has aged out of the system and currently lives in Ashland, where he studies theatre at Southern Oregon University and hopes to participate in the Oregon Shakespeare Festival.

Besides theatre, Phoenix enjoys video games, napping, and generally being awesome. He's had numerous professional and personal opportunities to gain leadership skills, both locally and as a representative at conferences nation-wide. In the past year alone, he's facilitated workshops for both youth and adults, spoken on behalf of Southern Oregon University to members of Oregon’s Legislature, and held a wide range of positions within student life on campus, cementing his role as an active voice at SOU. He is a member of the Oregon Foster Youth Connection as well as FosterClub, where he advocates on behalf of youth still in care. He is always excited to make a difference -- no matter how small -- in another person’s life.