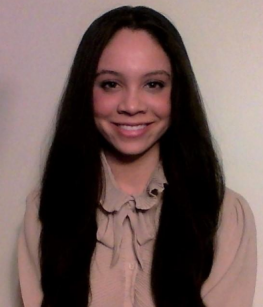 Michael Teresa Mellifera is an undergraduate junior currently studying at the Catholic University of America in Washington, DC. She is majoring in Philosophy and double minoring in Theology and Islamic World Studies. Ms. Mellifera’s studies so far have largely focused on the languages, literatures, philosophies, and intellectual histories of Christianity and Islam in the medieval Near East. Upon completion of her undergraduate career, Ms. Mellifera intends to continue her studies at the graduate level by pursuing a doctorate in the History and Philosophy of Medicine. Ms. Mellifera envisions herself becoming a professor one day and dedicating much of her life to traveling, researching, teaching, and learning with others about the past.

Ms. Mellifera entered the foster care system at the age of seven and spent approximately ten years in care before emancipating at eighteen. Unfortunately, state intervention into Ms. Mellifera’s life contributed rather than eliminated her pre-existing trauma and she experienced a lack of stability, permanency, and normalcy while in care. Ms. Mellifera feels called to share her experiences to better inform federal stakeholders who govern the wellbeing of foster children. Ms. Mellifera is interested in helping decrease the disproportionate number of foster youth who experience negative outcomes such as homelessness, polysubstance abuse, school failure, social disconnect, teenage pregnancy, and mental health disorders. Ms. Mellifera has developed a keen interest in the crossover youth demographic which consists of maltreated youth who engage in delinquent behavior and become involved in the juvenile justice system. Ms. Mellifera has observed through her older brother’s experiences that incarceration confines young people to institutional settings which restrict their access to adequate education, mental health services, and community support. Though incarceration is originally intended to end criminal careers before they begin, Ms. Mellifera believes that incarceration inadvertently leads young people to become more deeply entrenched in criminal activity once they are released. Ms. Mellifera intends to continue her advocacy for bipartisan, bicameral juvenile justice reform during her time with NFYAPC.