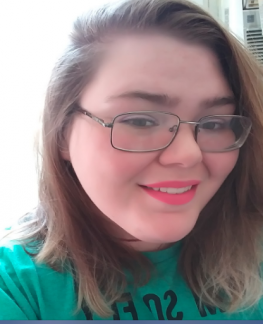 Makayla Waughop was placed in the Indiana foster care system in 2012.

During Makayla’s time in foster care she went through five or six different homes before finding a permanent home. While in these home she discovered so many thing about how the real

Makayla was able to graduate high school in 2014. She when into her senior year she only had 27 credits and graduated with 41. She overcame so many obstacles. This year she will be starting school at international business college in the fall. And is hoping to move forward and out of the state to make a bigger better future.

Makayla has been a part of the Indiana Foster Youth Advisory Board since 2014. While on the board she has learned that so many foster youth have gone through some very similar situations as her. She now knows how important it is to let youth know that their voice really does matter. This summer she was also was on the panel for the IYAB conference.

Makayla’s near future plans are to get a driver’s license and her own car. Another one of her goals is to be able to move to another state and get a fresh start at a new life. She plans to make sure that everything she has ever wanted gets accomplished.