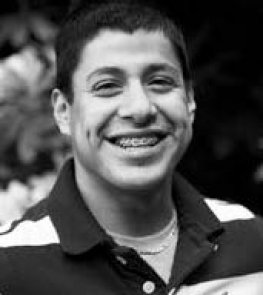 Luis Beltran spent 7 years in Nevada's foster care system. Luis Beltran is a junior at the University of Nevada, Las Vegas majoring in political science, with a minor in criminal Justice. Beltran has worked extensively to alter the vast stereotypes that continually hold children back from achieving their full potential. Beltran has utilized education to create an avenue to foster educational success within his community. While in college, Beltran was appointed to the State of Nevada Juvenile Justice Commission, and also serves on the National Coalition for Juvenile Justice Youth Committee. As a strong advocate for youth and his community, Beltran has interned with the Children's Defense Fund, FosterClub, and Congresswoman Dina Titus. Beltran has also founded the Treasure Chest 4 Success Program, which focuses on altering the state quo that is keeping less privileged youth from bettering their lives. Most recently, Beltran interned with the Congressional Hispanic Caucus Institute and at the Office of Senator Reid on Capitol Hill.