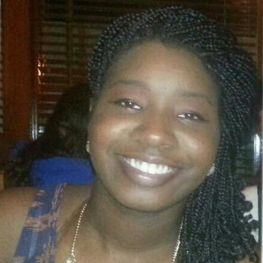 Latoya Hester spent 2 years in Florida's foster care system. Miss Hester obtained her Master’s degree from the University of Florida in 2014. She was placed in relative care for 2 years in Florida and now has immersed herself in the community she is in. She became the President of Remnant College Ministry at her university and also interned at a youth shelter from 2011-2013. Here, she considered herself a mentor to the children, many of whom were foster youth. At her previous job, Latoya received a promotion and was awarded employee of the month on two separate occasions. Upon entering her undergraduate year, she was a recipient of the University of Florida Alliance Scholarship. Currently, she is working for the Department of Children and Families as a Child Protective Investigator. By next year she hopes to pursue her Ph.D in Criminology and a joint degree in Law. Latoya believes that her time in foster care has given her the opportunity to pursue higher education. While completing her degrees she expressed her sincere gratitude to the system for its tuition waiver. She says that being educated has always been a strong desire for her and with the financial help of the system, she has been able to fulfill this.