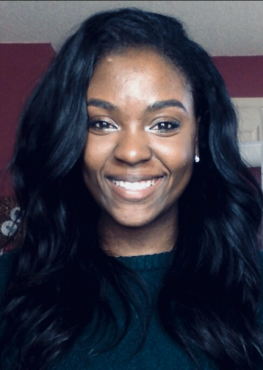 Ms. Fuller spent the first seven years of her life in kinship cares, At age 8 she entered foster care and was subsequently adopted. Currently, Latasha  is the Resident Manager with  LIFE Skills Foundation. She has been working  with Foster Youth, and as an Advocate for Children,  for the past five years. Latasha was named a Notable Name to watch by PRIDE Magazine (Charlotte, NC)  in 2015, and is a Children’s Trust Fund Hero with the Los Angeles, CA  Children’s Trust Fund.

Latasha  received a Bachelor of Arts in Political Science  with a concentration in Public Administration, from Winston-Salem State University in 2014.  Ms. Fuller has dedicated her life to being an Advocate in her community for youth, no matter her location,  because she recognizes that they  are the future. Her family, and faith,  have been her  backbone of support,  as she’s embarked on her journey over the years. Latasha  looks forward to enrolling in  a  Masters of Social Work program in  2017 so that she can serve as a  Child Advocate with the court system.