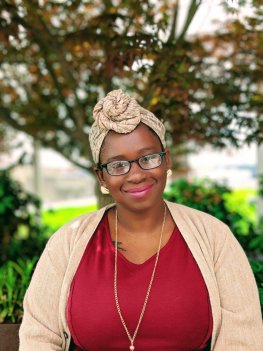 Ke'Onda spent 19 years in Florida's foster care system - including time in extended care. During that time, she experienced over 20 different placements in group homes.

Currently, Ke'Onda is studying political science and working at United Way in an AmeriCorps Vista position where she supports financial literacy for young people and adults. She has advocated within Florida Youth Shine for several years - serving as Events and Meetings Chair, speaking to state legislators and working to pass several pieces of legislation - including one focused on normalcy. Ke'Onda serves as a NYTD reviewer, and engaged her peers in the Congressional Shadow Program with NFYI in 2017 as a Pod Leader after attending in 2015.

Ke'Onda says: "Serving others is my passion in life. Whether it is volunteering, disaster relief, or being a voice for the children in the system that raised me; I made a promise to myself when I was in foster care once I became older if I could help foster youth in any capacity I would do so. Helping foster youth isn't about the kudos for me it is about being a voice for the voiceless and being living proof of ubuntu which translates to 'Your humanity is tied to my humanity.'"