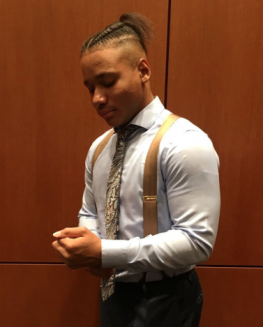 While in high school Keidarryl excelled academically and was named to the honor roll. He subsequently made the Dean’s List in college.

Currently enrolled at the University of Nebraska-Lincoln and majoring in Political Science, Keidarryl is also involved in many activities including the NCPA Mentor Program and a national fraternity.

Keidarryl plans on going to law school while getting his masters degree in political science after taking no more than a year off to help out in the community and find his path to the future.