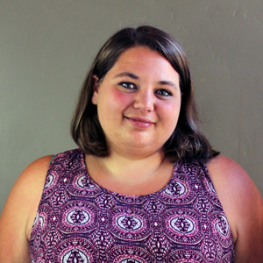 Kayla spent 9 years in Vermont's foster care system. Kayla grew up in a broken home. Her parents divorced when she was young due to her father’s abusive nature. Throughout the first nine years of life Kayla learned her father’s abusive ways and became out of control. Entering care at age nine, she experienced multiple placements while in care. Kayla was able to live a mostly normal teenage life thanks to her last foster home in which she spent her last 4 years in care. She got a job, obtained her license, and graduated on time. After exiting care, Kayla moved back closer to her family; she joined her local youth services bureau and entered transitional living. Kayla also started community college. Later, she became an advocate for her state by attending state-wide meetings, conferences, and local groups including the Vermont Youth Development Committee. She also joined the New England Youth Coalition. Today, Kayla is a single mother of a beautiful 3 year-old girl. She has her own apartment, vehicle and works as a paraprofessional at a preschool. In the future, Kayla hopes to obtain her bachelor’s degree in Human Services. Her long time career goal is to become a Youth Crisis Prevention Case Manager. She hopes to assist youth and families in preventing entry into the child welfare system. Kayla enjoys spending quality time with her daughter, reading, nature, music, and helping people. She wants to develop into a more professional, confident, and knowledgeable person. Kayla will never stop advocating for change because there will always be room for improvements and new things to learn. Kayla is a motivated, hard-working and dedicated woman and most importantly, a foster kid.