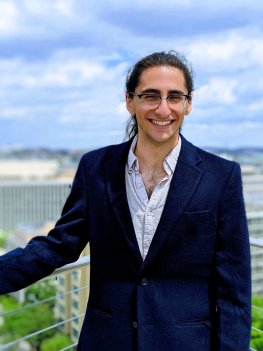 Justin Abbasi works as an Investigator with Children's Law Center in Washington, DC. Justin graduated in May of 2018 from Yale University with a Bachelor of Science in Ecology &amp; Evolutionary Biology and Sociology and a minor in Global Health Studies. Justin was raised in South Carolina by his biological parents who had immigrated from Iran until he and his older sister entered foster care in 2008. Justin began advocating for youth in out-of-home care four years later as a member of GOALL, South Carolina's child welfare youth advisory board. Justin continued his advocacy efforts as an intern with Connecticut Voices for Children in 2016 and testified to the Connecticut General Assembly on behalf of legislation that sought to reduce homelessness among Connecticut adolescents transitioning from out-of-home care. Justin interned at the Congressional Coalition on Adoption Institute and the Healthcare Subcommittee of the U.S. Senate Committee on Finance that following summer, where he created and lobbied federal policy recommendations that sought to improve access to behavioral health services for adolescents transitioning from out-of-home care. Justin also completed ten years of participation in Mock Trial and co-founded a scholarship program for Yale students who have experienced familial instability. In his free time, Justin enjoys hiking, playing tennis, reading, and attending spoken word performances.