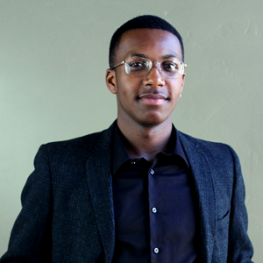 Joshua spent 8 years in Ohio's foster care system. 10 years after birth, Joshua B. Hatch entered a system that would change his life forever. He and his family were in a situation of unfortunate financial instability. This eventually lead to Joshua and his brother to becoming wards of the state of Ohio. After eight years of being in care, and three different placements, Joshua emancipated out of the system. In the Fall of 2014, Joshua began attending Wright State University. He is now a junior studying psychology. He is President of The Black Student Union and a member of Kappa Alpha Psi Fraternity Incorporated. Although he feels like he has accomplished many things, he still realizes that there are many more lessons he has to learn. He hopes within the next couple of years to have obtained his masters degree in psychology and to also pick up a second major. In Joshua’s spare time, he enjoys traveling to new places and going on explorations. Writing and performing poetry are his favorite hobbies and also something that he wants to turn into a profession. He hopes to inspire as many foster youth and urban children as possible by practicing and honing his motivational speaking skills and writing. He feels that there is a special and positive connection that he can create within his own community and others as well. Coming from Jamaican descent he enjoys studying his culture and sharing knowledge about it. Joshua is an explorer, student, poet, and resilient former foster youth.