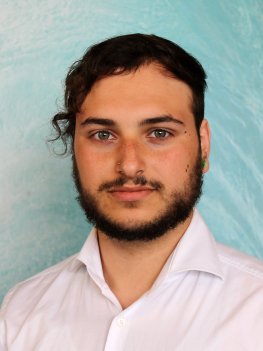 Joseph DeBiew grew up in Buffalo, New York. In 2005, he lost his mother and was put in the care of his grandparents. After struggling with addiction, Joe was put into a residential treatment facility and then bounced in between group homes. Following seven years and five different placements within the system, he discharged himself in 2017.

Joe became motivated to help and inspire others after the birth of his daughter, wanting to be the support for her that he never had growing up. He became a tireless advocate for himself in the absence of a traditional support system. He referred himself to a transitional independent living program and gained employment. While thinking of next steps for his future, he learned of the FosterClub All-Star program.

Moving forward as a 2018 All-Star intern, Joe will be providing trainings he learned to staff, residents, volunteers, and the board of directors at Plymouth Crossroads quarterly. He has also been in touch with OCFS and hopes to become involved with New York's Youth Advisory Board.

Currently, Joseph advocates for homeless youth in his hometown. He organizes fundraisers to provide transitional housing centers the ability to raise awareness for their cause and provide funding to ensure youth are able to succeed educationally and professionally. Joe continually searches for opportunities to better the lives of others affected by drug and alcohol abuse, youth with incarcerated parents, and anyone who has experienced homelessness.

Personally, Joe is working to rebuild relationships with his siblings and his two-year-old daughter. In 2019, he plans to return to school to study business. Joe’s goal is to use his degree to continue advocating for homeless teens and help provide them the skills needed to find professional opportunities while pursuing a higher education. In his free time, he enjoys spending time with friends and playing basketball.