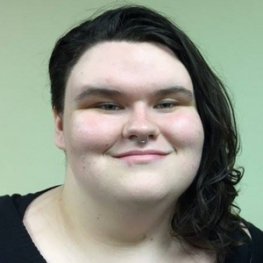 Jill Nance spent less than 1 year in Washington's foster care system. When Jill was age 17, she and her two younger sisters were placed into foster care when the state became aware of their living conditions. They were living in a small trailer with their parents in a wrecking yard -- without running water. Luckily, Jill and her sisters were all placed in the same home. They were very grateful, though there was some abuse in the home to other girls. There were 7 foster youth there altogether. According to Jill, her parents tried very hard to get them back. But it wasn't until Jill turned 18, and she was kicked out of her placement, that she was able to reunify with her mother. The next day, Jill's mother got custody of her two sisters and they were all reunified. Jill is a member of the Mockingbird Society and is working towards a degree in human services, and hopes to make a difference in people's lives. She has been to the Washington state capital five times to for Mockingbird's annual youth advocacy day, where she has rallied for change and met with legislators. Two years ago, she was the recipient of Mockingbird's first Advocate of The Year, an award voted on by her peers.