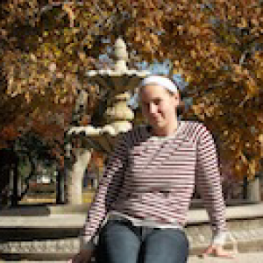 Jewell Barker spent 4 years in Iowa's foster care system. Jewell Barker, age 20, participated in foster care for four years in the state of Iowa. She lived in three foster homes including the one that she ended up getting adopted into. At present she is enrolled at Simpson College. She is a double major of Criminal Justice and Biochemistry with an emphasis on Forensic Science. She is currently employed at Genesis Development. She has volunteered with Science Center of Iowa serving as a volunteer lead helping to train new volunteers. She works events at the Center that focus on little children and for others who are over 21 years of age. Jewell has also volunteered with the Greater Des Moines Habitat for Humanity, where she has learned that there are many people unknown to her who need help. Another lesson she has learned is that there are many who appreciate the small things that people do. She has decided that foster kids often have different views on things, but that “everyone’s experiences bring different lessons to different people.” People who have been in foster care can relate better to foster youth. Jewell recalls that she was six years old in December of 1999, when she moved into her first foster home. She remained at the first home for two years, until her aunt and uncle requested custody of Jewell and her sister. Before the year was out, the relatives placed an order to get the girls out of their house. Jewell was adopted in March of 2003, by an older single woman. Before becoming and as a foster child, Jewell suffered many kinds of abuse. As a foster child, Jewell has had a difficult time dealing with the notion that she was never loved or wanted by her mother. Still, she has learned that there are more people who need help.