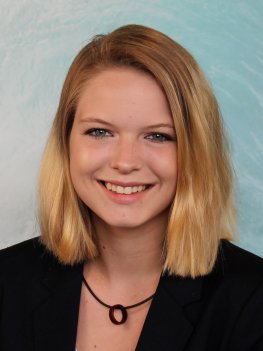 Jaxx Saunders is an 18-year-old from Montana. Most of their life, Jaxx was in and out of the system. The first time they were removed, they resided in Kansas, and were taken away at the young age of around 3. After being placed home, Jaxx bounced around in Oregon from their mom’s to their dad’s and then to a foster placement after their parents were divorced. Around the age of 12, Jaxx's family moved to Montana, hoping to start over. They moved to a bare plot, and built a house out of nothing. The house lacked cleanliness because there was no power, sewer, or water. In 2014, Jaxx was removed from the home due to severe neglect and abuse. After spending some time in a group home, they were moved from Montana to Oregon to live with their grandfather.

Jaxx graduated from Big Sky High School. They received many awards during their senior year due to their resilience and motivation to graduate with their class. Jaxx graduated high school with a 3.5 GPA, and was accepted to the University of Montana. Jaxx plans on double majoring in Politics and Business with a minor in Social Work. With this, Jaxx hopes to become a U.S. Senator to implement changes in the foster care system. They holds a special place in their heart for their brothers and sisters still in care, and represents them on the Montana Chaffee Youth Advisory Board. Jaxx enjoys taking time out in the wilderness to regroup. When Jaxx is not busy advocating, they enjoy hiking, camping, backpacking, rocking climbing and Brazilian Jiu Jitsu.