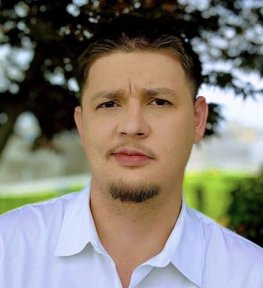 James McIntyre entered into the custody of the Department of Children and Family Services at the age of five with his four other sisters. During this process, James remembers being placed and then separated with his siblings until he was adopted with two of them. At the age of seven, this family turned abusive and started to torture James daily. If the physical and emotional abuse was not enough, James was sexually abused every night in that house. James left that house by advocating for himself. After his adopted parents failed at getting him institutionalized, they gave up their parental rights. James then went from one group living placement to another. During this process, James was once again sexually assaulted in many of his placements due to his sexuality. At the age of 18, James became involved in the Illinois DCFS youth advisory board, where he started his advocacy. During that time, James played a crucial role in ensuring siblings are allowed to see each other. After aging out at 21, James and three other alumni formed the Foster Care Alumni of America Illinois Chapter. And for the last five years, he lead the chapter in growing membership and carving out a place in the Illinois Legislator for youth in care and alumni to have a significant influence on legislation. Some of that includes youth bill of rights, better foster parent licensing, changes to the abused and neglected child reporting act, and many others. James also fought for better legal protection for minors who have been ripped away from the parents at the southern board, calling in a complaint of abuse leading to a statewide investigation. After five years of leading the Illinois Chapter, James decided to step down and accept a job at Illinois CASA as their Outreach and Mission Associate, where he led the charge in sharing about the vital work that Illinois CASA does. After about 2 years time at Illinois CASA, James joined CASA of Cook County as their Director of Community Engagement &amp; Outreach in November 2021. While at CASA of Cook County, James has led successful efforts to increase the funding available to ensure more than the current 11% of Cook County foster youth have access to a CASA. James was recently promoted to Senior Director of Government Affairs and Volunteers.