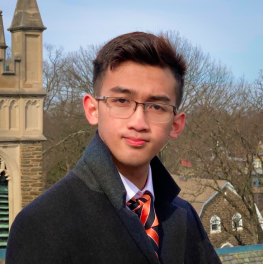 Franz Utomo is from Philadelphia, Pennsylvania. He attends Temple University and is majoring in Political Science with a focus on Public Policy and is minoring in Geographic and Urban Studies. Franz identifies as an LGBTQIA+ multiracial Immigrant. Franz was born in Indonesia to  a multiracial family. His father passed away when he was 4. His mother married an abusive man so Franz was raised in an abusive home. At the age of 15, he left Indonesia due to fear of persecution because of his sexual orientation after he graduated from high school. Franz came to the United States in 2016, and lived on his own until May 2017 when the Department of Human Services assumed custody of Franz because he was an unaccompanied minor. In 2017, Franz began working on his immigration status under the Special Immigrant Juvenile Status. While in DHS custody, Franz lived in shelters, group homes, and foster homes and has witnessed both the good and bad of Foster Care. Because of his experience, he is committed to being an advocate to better the lives of children in the Child Welfare System. Franz is involved in local, state, and federal levels of advocacy. He is part of the local youth advisory board in Philadelphia as well as Philadelphia Family Pride, an organization that advocates for LGBTQIA+ families. Franz has also advocated for foster youth on the federal level with the National Foster Youth Institute.