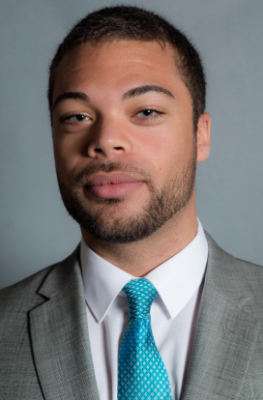 David Hall was placed in Oklahoma’s foster care system twice. His time in care included kinship, traditional, and congregate care placements that resulted in an expedited case due to negligence and overmedication, fearing liability. In his early adolescence, he experienced multiple breaking points and was involved in the juvenile justice system on many occasions prior to being placed in care at the age of sixteen on Christmas Day. After overcoming those obstacles, he enrolled at Oklahoma City University as a Sociology and Instrumental Music Education Double Major and stayed involved in playing rugby on the side. He began his advocacy by speaking on panels, teaching life skills to transition-aged youth in care, and getting politically engaged. Once this occurred, he realized the restrictions of the system he was advocating for, and began heavy involvement in political and nonprofit-related simplifying, strategizing, and organizing. David then became president of the state’s first Oklahoma Foster Youth Advocates Leadership Council and the first Oklahoman to have completed the FosterClub All-Star Internship Program, participated in his first Foster Youth Shadow Day before being asked to attend (and had an impromptu presentation for) the inaugural White House Foster Youth Hack-a-thon, and then simultaneously served as Director of Canvassing against a state ballot initiative and as Chief of Staff for his university. When he began to hone his skills, this public servant helped to create and pass several bills, an amendment and policy recommendation in his legislature before getting a significant interim study through and becoming a pod leader for National Foster Youth Institute’s Foster Youth Shadow Day Program. Today, this next-generation public servant is helping and teaching others how to be successful in changing their system through forums, lectures, workshops, keynotes, radio shows and more, including starting Oklahoma’s first cross-system youth council and as a contracted consultant for the Capacity Building Center for States and the National Resource Center for Youth Services as well as his own independent consultation practices.