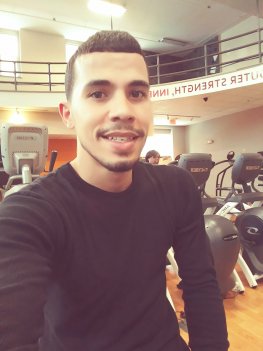 David Oyola was in and out of care from age 3 to 24 in Connecticut. He stayed with DCF voluntarily at age 18 with the help of an independent living program, which allowed him to live in his own apartment as long as he attended school full time or worked full time, until age 24 when David aged out of care. He attended and graduated from Porter and Chester Institute for Computer Aided Drafting and Design. Currently, David is pursuing his Associate's in Mechanical Engineering at Naugatuck Valley Community College with the ultimate goal of earning a Master’s in Mechanical Engineering.

David started advocating in a forum called the Youth Advisory Board and later joined the Regional Advisory Council, the State Action Council, the New England Youth Coalition, and the National Foster Youth Institute. David loves drawing and also loves to hike where he can take in nature at its fullest. David also loves joining passionate debates!

David’s future ultimate goal, because he only have one, is to be able to own his own house. That has been his lifelong dream. He says, “nothing will stop me from achieving it and once I do everything else is icing. ☺ ☺”