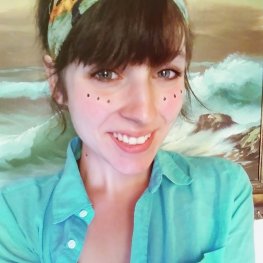 Danielle has always been self- determined and thoughtful of others. Growing up, she was determined to teach herself how to read and write through video games, allowing her to escape her daily life and sparking her motivation and hunger to learn. After she graduated high school, her personal development increased, and she got into acting, music, travel, and psychology.

As a leader and rainbow focalizer, Danielle organizes events, gatherings and focalizes freedom within the nation. She has a 40-foot activity bus, she can drive to any scouted spot and serve 2,000 hippies and homeless nomads. She provides food, shelter, and clothing to those who lack basic survival equipment. She is also a part of the RumorZ Café leadership group. RumorZ Cafe is on call for disaster relief, with the fires that spread across Northern CA. When she was a security officer for G4S, working at Kadlec Regional Medical Center, she developed a training program for other security officers called NATI (North America Training Institute).

Eventually, she aspires to build a countercultural society able to sustain itself off the land and self educate. She has been studying earth ships for years and is turning her goals into reality. She has over 2,000 individuals who are counting on her and her crew for inspiration and support.

“Whoever said that dreams are dreams if you don’t chase them, realized too late how to escape the walls of fear and face self-actualization.”