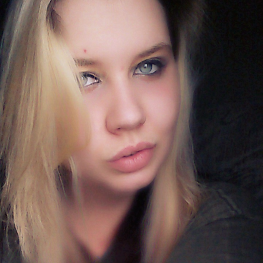 Cristen Galloway spent 4 years in Iowa's foster care system Miss Galloway was in Iowa’s system for 4 years. She last attended Scavo - Des Moines, IA where she held an impressive 3.8 GPA. She would like to get her GED and then attend college as soon as her finances allow it. Cristen hopes to pursue a degree in human services or become a guardian ad litem. She is active in AMP - Achieving Maximum Potential, and became working as a speaker in 2007 about Iowa’s child welfare system. She has spoken to legislators at the capital and helped update the current Bill of Rights and did interviews on television promoting the state’s revised Foster Care Bill of Rights. She currently trains new social workers on how to work with you at the Department of Human Services and mentors teens at Variety AMP Camp each summer. Her story is an exceptional one, full of obstacles and hardships, but she is overcoming them and has been doing her best and is an inspiration to many younger youth