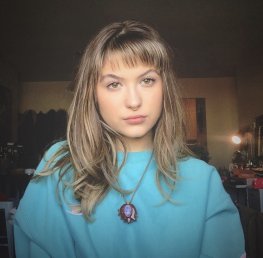 Courtney Maher is a student at Roxbury Community College, taking classes to prepare her to apply for a nursing program. She was inspired to return to school and pursue a career in nursing while working in a hospital detox unit. She chose that work because she has witnessed first-hand the struggle of addiction, and she wanted to be able to bring an element of empathy and compassion to others who are at a fragile place in their lives. Courtney is excited to have found her passion and begin working toward her career goals. Eventually, she hopes to become a Certified Addictions Registered Nurse and work at a psychiatric hospital.

Courtney’s volunteer experience includes work with several cat rescues and shelters in her community. She has worked on local political campaigns, both as a volunteer and a staffer. When she has time, Courtney seeks out additional opportunities to volunteer, such as working in a soup kitchen, assembling school desks for underserved children, and serving Thanksgiving dinners to families affected by HIV/AIDS.

Life in foster care was difficult for Courtney, who spent most of her adolescence in the system. She was bounced around in different placements, and by the time she was in high school she had no stable support system to help hold her accountable. Courtney learned that she needed to become that person for herself, earned her GED, and enrolled in community college. She discovered that while many people apply negative labels to young people who experience foster care, she and her peers embody resilience, strength, capability, independence, and so much more. Courtney is grateful for her experiences in foster care, difficult as they were, because she is proud of the woman she has become and recognizes how those experiences shaped her.