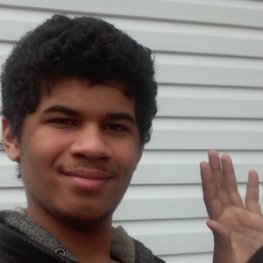 Brandon entered foster care as a teenager for 3 years. He experienced both foster homes and residential facilities during his time in care. Brandon has faced many obstacles but has always been determined to beat them and reach his full potential. He is currently enrolled in the Independent Living Program (ILP) in his state. They have helped him get his own apartment after he emancipated from care on his eighteenth birthday; Brandon has learned important skills needed while being on his own through ILP, the skills no one else ever thought to teach him. He is currently earning his high school diploma online and spends a majority of his time at the library. Brandon participated in the 2016 Congressional Foster Youth Shadow Program where he shared his experiences with his Congressional member. Though obstacles have put him on a detour, Brandon is driven to accomplish all of his goals. In his spare time, he researches different career opportunities, and schools to complete higher education. One day he would like to be a Voice Actor for Anime Comics, be married and be a loving, supportive father. He enjoys politics, writing and playing video games. After he participated in the shadow program he started a YouTube channel called BakaNindo (link is external) that includes games and sitcoms and plans on continuing it and watching it flourish. This young man has a passion for life and has the will to accomplish anything set in his path.