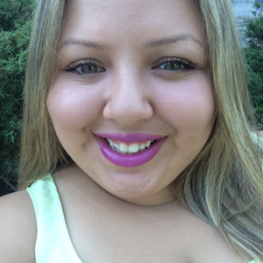 Ashley had been removed from a home of addiction and abuse; she spent 11 years in New York’s foster care system. Despite her circumstances she kept her head up and found a passion in advocacy. In her words: “Fortunately I had amazing foster parents, people that changed my life and helped me grow.” During her junior year of high school, she became involved in changing lives of others. Ashley interned with Represent Magazine, where she could share her story and also empower others. She developed extensive writing skills and connected with other ambitious individuals who had similar experiences. After that internship, Ashley interned with the Youth Justice Board, which is a youth organization that allows young people to promote policy change in a variety of political aspects. During that year, she worked on implementing recommendations to reform the youth justice system including alternatives to placing youth in detention centers. She currently attends State University of New York at Plattsburgh. Ashley has many goals including making the Dean’s list and ultimately advocating for Indigenous rights in Latin America. She sees herself as a strong, independent and determined woman who has beat the odds and wants to inspire and encourage others to overcome the odds.