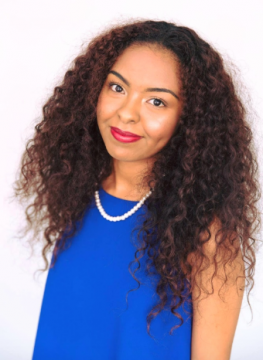 In the start of her advocacy , she found the significance of utilizing her voice to implement political changes through the 2016 Congressional Foster Youth Shadow Day program. As a participant, she used her voice to explain and illustrate to legislators the challenges many youth experience in the child welfare system and the significance of cultural inclusive atmospheres. She was selected out of a 100s of youth to come back as a Pod Leader for the annual 2017 Congressional Foster Youth Shadow day where she had the opportunity to create &amp; lead facilitation on workshops, organize individuals , create movements and open meaningful discussion. Since, these experiences Angela has expanded her network with facilitating and participating in panels, legislative decisions, directly aiding legislators in passing bills to laws, media as well as program improvement plans on the state and federal level to create needed changes in the child welfare system. Angela is constantly excited for new opportunities to grow and challenge herself. Angela’s home state is the golden state of California. However, she has spent 4 years in North Carolina’s foster care system. Having one year left of University and majoring in Political Science, she is elated to pursue her career as a Prosecutor. She is a member of the National Society of Leadership &amp; success and believes resilience and hard work will get you anywhere in life. In addition, Angela is an entrepreneur and encourages others to take the keys of self discipline , being self motivated to become your own boss. Having many goals has brought Angela to many different places and opportunities and now even international! She lives by the quotes “Live full and Die empty” by Les Brown and “If not now, then when? And if not me, then who?“