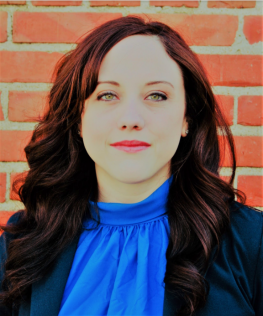 Amy J. Peters is an attorney in Lincoln, Nebraska and a fierce child welfare advocate. Fueled by the experience of spending her teenage years in the Nebraska foster care system, Amy has worked tirelessly to improve outcomes for underprivileged youth and families through advocacy and awareness. As a member of the Congressional Coalition on Adoption Institute’s 2011 Foster Youth Internship Program, Amy studied national foster care policy and provided recommendations to Congress regarding court-involved youth. Additionally, she has served on several state and national advisory boards, including the Nebraska Supreme Court Commission on Children in the Courts and the National Foster Youth and Alumni Policy Council. Amy and was recognized as one of FosterClub’s 100 Outstanding Young Leaders in 2013 and, more recently, was a co-founder of the Nebraska chapter of Foster Care Alumni of America in 2018.

Amy earned her bachelor’s degree in criminal justice with a minor in psychology from the University of Nebraska Lincoln in 2012 and her juris doctor from the University of Nebraska College of Law in 2016, where she served as Research Editor on the Nebraska Law Review. Amy has previously worked as a Staff Attorney in the Child Welfare Program at Nebraska Appleseed, as well as the Statewide Training Advisor for Project Everlast at Nebraska Children and Families Foundation. Currently, Amy is a Deputy Public Defender in Lincoln, Nebraska, where she represents youth in delinquency and status offense cases before the Separate Juvenile Court of Lancaster County.