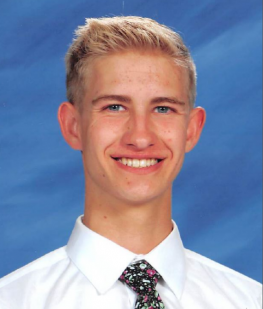 Alexander Andersen spent three years in the Utah Foster Care System. Alexander attended Bridgerland Applied Technology College, where he was enrolled in a CNA (Certified Nursing Assistant) course. After completing the course, passing the state test, and completing 48 hours of clinical non-paid work at a nursing home, Alexander received his CNA certification. He was hired to work in a nursing home as a CNA, helping people do things that they couldn't do on their own. Alexander earned a BSA Eagle Scout Rank for his Eagle Service Project, where he organized a work crew to re-paint a 100-foot wooden footbridge. He was inducted into the Order of the Arrow (Scouting's National Honor Society) and was elected Chapter Vice-Chief. Alexander also enjoyed dancing with the Enlight Ballroom Dance Team for six years. After earning a bachelor's degree at Dixie State University in Southern Utah where he studies Exercise Science, Alexander plans to work in a hospital or clinic as a Physician’s Assistant. Alexander. One day, Alexander plans to get married and start a family that will include foster children.