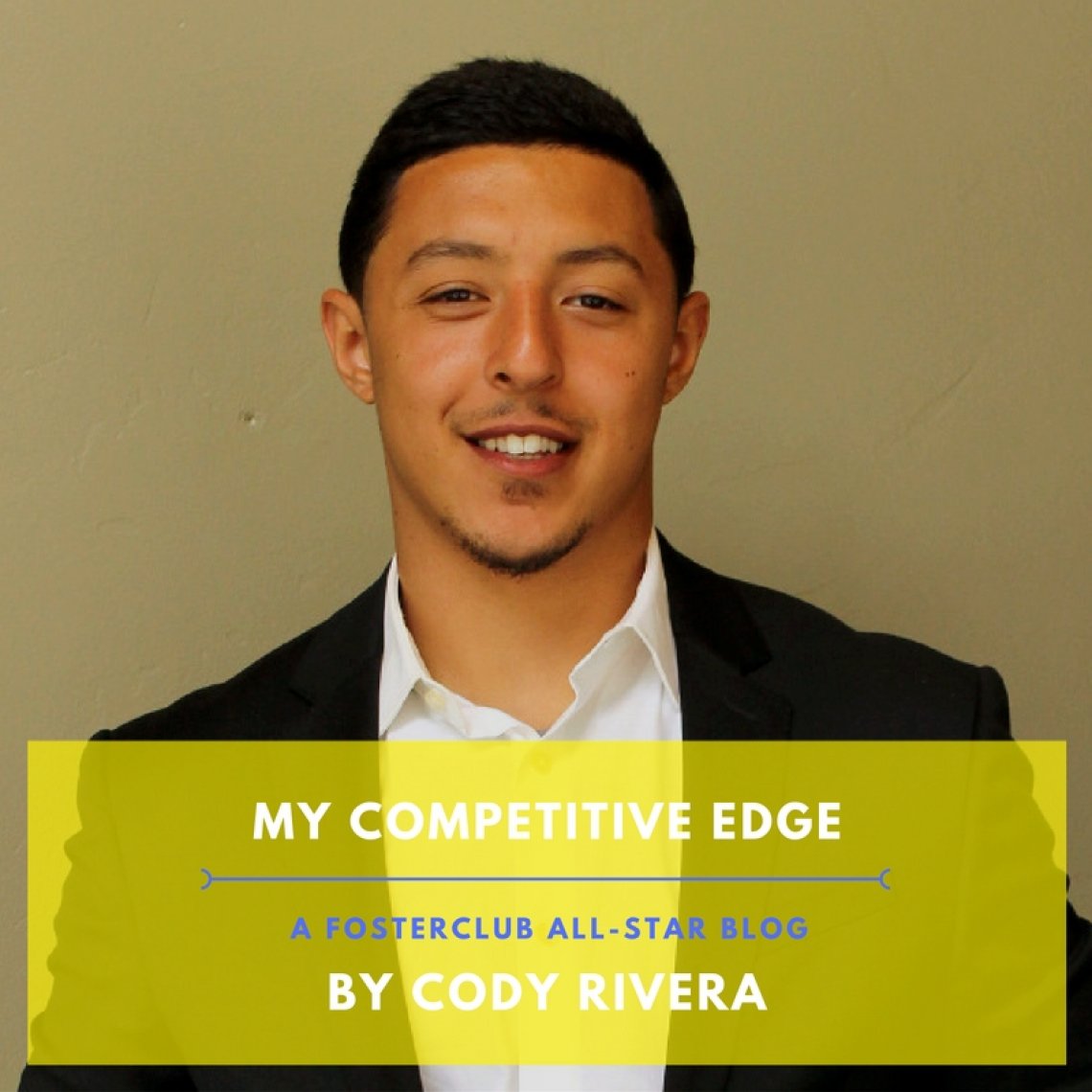 Cody is a 2016 FosterClub All-Star intern.

No one has ever told me directly that I would not, or could not, do something because I was a foster child. However, what many individuals have done to me in my life is express my situation as an excuse for why I could not or would not do something, implying my capabilities of being a foster child.

For me, this was “fuel for my fire” throughout my whole life in and out of foster care, and most recently, for graduating college with a bachelor’s degree.

Before I begin expressing my time in foster care and how it shaped how individuals expected me to do things, I would like to first provided some background to the type of person I am and the expectations that I had overcome and dealt with from other people.

All my life, since I could remember, I have been the type of person to constantly challenge myself and challenge the thoughts of other people who thought I could not or would not be able to do something. I have also been a very observant person and visual learner. I saw in my early years of life that I was able to observe how people do things, such as play sports, and than be able to do the same exact things, if not better. Lastly, I had a very consistent, dedicated, and committed personality that allowed me to constantly practice and perfect things in my life. All of this is important to know because it gives some background to my life and how I reacted to people when they have implied that I would not or could not do something.

My first vivid memory, that I can recall, when I challenged myself and the thoughts of others, was when I was five-years old living in Brooklyn. At the time my mother just had bought my older sister and I new bikes for our birthdays, except I had gotten a bike with training wheels and she didn’t. The assumption, by my mother, was that I could not ride a two wheeler so what I did was take my sisters bike instead and ride that. When I saw all the other kids on my block ride their two wheelers I knew I could do it because if they could than I could to, and that was my mindset. So, one day I grabbed my older sisters two wheeler bike and I just began to ride it. “That easy?”, I asked. It was that easy and I was able to figure that out because I challenged the implied thoughts of my mom for riding a two wheeler.

That was the first of many instances in my life where I would overcome low expectations that were implied by individuals.

Another instance that I can clearly recall was being able to swim in the deep ends of the pool, where the water was taller than me. I remember going to one of the local community pools in Brooklyn and my mother saying that I was not able to swim in that section of the pool because it was to deep. I remember, so clearly, swimming in the 3 feet section and observing all of the older kids swim in the deep end. I started to repeat, over and over again, the motions the other kids were making to stay afloat and I was able to do it in the shallow end of the pool. Finally, I knew I was going to challenge what my mom said, and I did, by walking by the deep end and jumping right into the eight-foot part. As I came up, I began to tread water and swim and my mom was pissed but shocked. Even though she implied that I could not or would not be able to swim in the deep end, I showed her that I could.

Now that I gave you some background of who I was as a child, living with my mother, and being challenged by what people thought I could and would not do, I will now get into my time of being in foster care where people have done the same thing.

In both instances, when I was not in foster care and when I was in foster care, the thoughts of people thinking that I could not or would not be able to do something has always impacted my life in a positive way, even if the consequences were negative. I say this because I was able to challenge myself, understand what I did right and what I did wrong, and improve and develop as a young person trying to learn and absorb information. A common environment that I have experienced low expectations of, “if I COULD do something”, while being in foster care, was working in different internships throughout college. I have done internships both on my colleges campus and in New York City, during the summer and winter breaks, and both instances I have experienced my bosses trying to be sympathetic to my situation of being in foster care. As I began to work closely with my bosses in my internships, I would begin to open up and explain my life situation and history. As I would tell them my story, I saw a sense of them “feeling bad” for me, while also feeling surprised that I had been successful and made it this far in life without failing or not going to college. This showed through my bosses words and them saying things like “I understand you might have some trouble back home, so if you can not do this than its ok” or “If you are not able finish this, try and get as much done as possible”, and many other different statements of implications. This happened as well with my professors during the semester, if I had become behind in my course work.

First, my mindset was that I did not want anyone to feel bad for me. Second, I do not like to make excuses. This led me being very direct with my response when my bosses or professors would make statements of implications, that I could not do something. I would very directly say that “Please, I do not want you to think I can’t do something because of my experience of being in foster care”. After a few instances of having to state the statement above, I began to realize that I had to set a disclaimer to people when telling my story. My disclaimer was “I am not telling you my story or experience of being in foster care because I want you to feel sorry or feel bad for me but instead so that you can have understanding and background information to who I am.

As a result of dealing with people who had low expectations in my life, I made it a goal to overcome any challenge that is presented to me, either by myself or others. I created a very competitive personality because I wanted to prove to myself that I could do it, and do it better, and not because I wanted to prove people wrong but because I love challenging myself. Challenging myself has made me the person who I am today because I have learned many lessons from each and I will continue to challenge myself to improve and develop myself as a person.