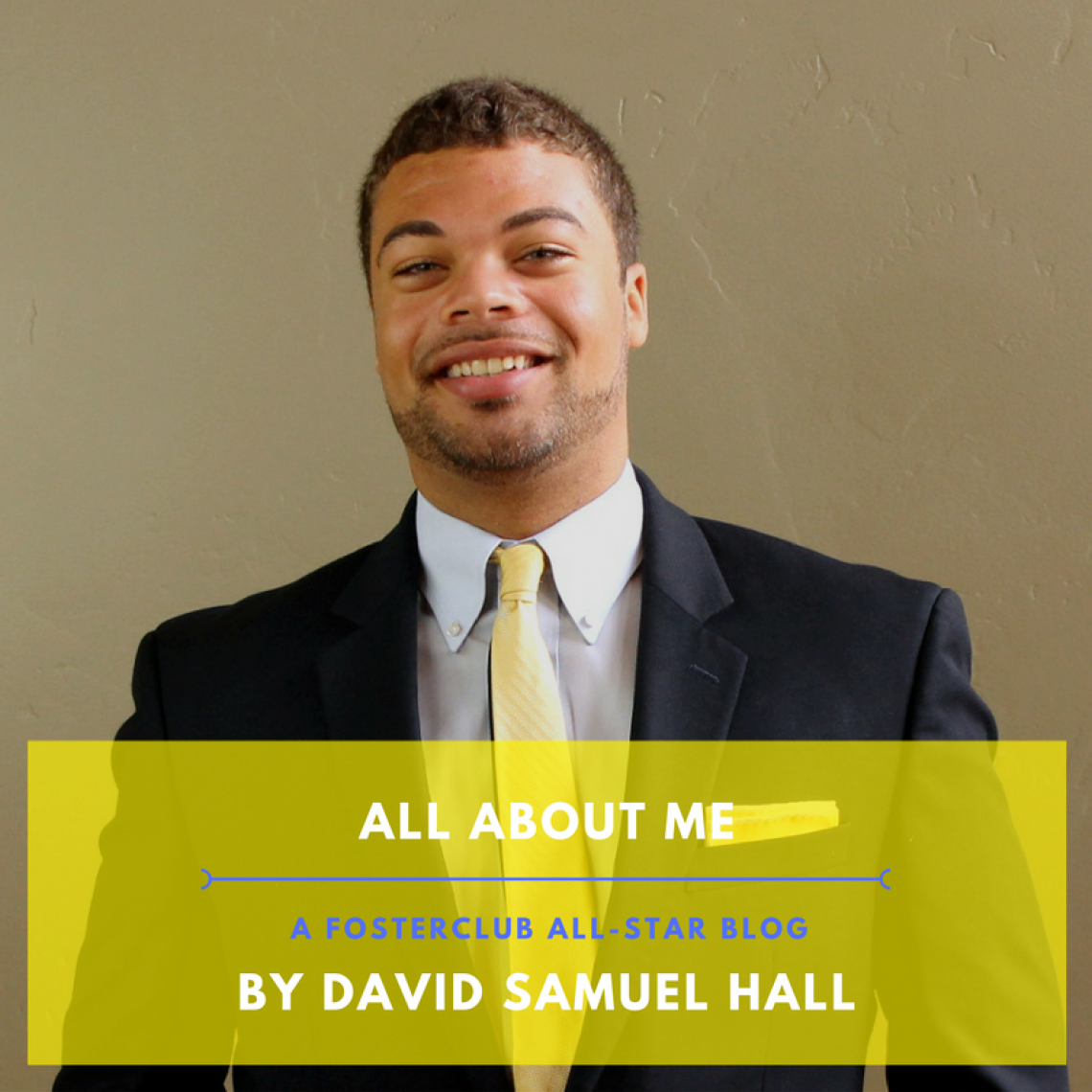 My first time in care was during third grade, attending Mustang Public Schools. I bounced around inpatient facilities due to lack of foster homes and fear of liability for my yet-to-be-trained kinship home after roughly six months in care. After being detained nearly twenty times, arrested twice, and facing severe depression, I was placed in care again at the age of sixteen. Once in a more stable environment, I was then able to improve by joining student leadership team at my church, build a healthier relationship with my mother, take part in playing on a high school rugby team, experience what it was like to be a big brother, and realize how nice it was to finally have a father-figure who was a great storyteller- not to mention having a big family to cheerlead my endeavors. With the help of my mentors and best friend, throughout the entirety of my life and foster care experience, I was able to graduate high school with a 3.86 GPA, be offered multiple full-tuition and full-ride scholarships, become the 2014 All-State Orchestra tuba player my senior year, letter in music, and most of all, begin and thrive in his personal and professional life.

I chose Oklahoma City University as my university of choice where I am currently attending as a Sociology and Music Education Double Major, hoping to also receive a certification in Child Advocacy. As of now, I am President of R is for Thursday of my university which has taught 94 youth and workers life skills over the course of a calendar year, Vice-President of OCU’s Collegiate National Association for Music Education, and Chief of Staff of his Student Government Association. Due to the generosity of my school, I also began “OCU Feeds” which takes unused block meals of students and donates them to the Homeless Alliance Day Shelter where they are later served by university students- this event has provided over 800 meals, socks, and supplies for the homeless population of Oklahoma City. My leadership and volunteering outside of school includes the presidency of the Oklahoma Foster Youth Advocates Leadership-Council, membership of the Homeless Alliance Planning Committee, a member of the Young Nonprofit Professionals Network of Oklahoma City, a Young Adult Advisor to Sisu Youth’s Executive Board, and giving free consultation to local nonprofits and social services in his area, as well as participating regularly as a community activist across the state.

My advocacy includes being a panelist or keynote speaker for over 30 advocacy opportunities in my state that have accumulated over 1,000 audience members, co-founding R is for Thursday of Oklahoma City University, speaking as a panelist at four conferences, specifically, regularly attending my capitol and events around the state to speak with legislators and child welfare stakeholders, being hired as a Young Adult Consultant for the Capacity Building Center for States, participating in the Congressional Shadow Day Program, aiding in the creation of my state’s Bill of Rights, participating as a panelist for the Presidential Innovation Fellows, becoming a regular guest of the EVE OKC Radio Show and later a guest on A Just Cause Radio Show, and being a part of the first-ever Foster Youth White House Hack-a-thon where I was one of the creators and presenters for the impromptu “Dirty Data” presentation.

My hope for the future is to be a more involved advocate for both systemic and economic improvement. I am an avid believer that you can work in many professions for years, and never truly reach your career- a career being something you would enjoy doing for the rest of your life. I feel that, currently, my career would be creating a nonprofit that would teach life skills groups in individual counties and regions in collaboration and (hopefully) conjunction with our regional child welfare offices that would use former or current educators, in their own communities, using volunteers from those communities, and having ideas of use for curriculum come from the youth currently in care via discussions with their workers and the independent living program of that time.

Leading up to that career however, I have many things I will be doing: after my master's in social work on the administrative track, I am hoping to become a legislator and city councilman, where I will begin policies that negate the need for a party system to be in place and will begin creating public housing to be operated as a low cost for-profit utilizing Habitat for Humanity to create affordable housing specifically for TANF recipients, lower public spending, and increase tax revenue in various avenues. Once I have completed my reformation of how a government should operate, I plan to utilize my knowledge and qualification received by having master's in social work to take over the Department of Human Services and improve child welfare and collaboration of both the criminal justice system and child welfare through two-tier spending and creating coalitions of stakeholders receiving state-funded monies to work together based on geographic location, population density, and income status while simultaneously and cross-referencing at-risk outcomes that would create the most efficient work for those who are affected the most by our inability to do such things.

When initiatives like this are being worked on or instigated -- and I am farther up the chain of the sharks and minnows ladder while being involved in appropriations -- I hope to implement policies regarding public spending, public integrity, transfer agencies to voucher programs, and increase transparency by taking a page from FDR and hosting town hall meetings, as well as other events and publicly asking others to do the same while I run and become mayor of Oklahoma City and governor of Oklahoma.

I admit to being an overachiever, and overly ambitious. However, if I have learned anything, in the little experience I have had as a 20-year-old, it is that I should take the advice of my pastor, "Vision can't just be a driving force, it has to be a burden". If I spend my entire life trying to show people that we can change for the better, no matter how long it takes or how hard it will be, and I change only one thing for the betterment of our most at-risk families, then I will have done well. If I never get to reach my career, then that means I will have spent my entire life trying to create a more collaborative, peaceful, and developed society- and I will be more than content with that. The reason is simple: every opportunity I do not take to change the world, is an opportunity missed for someone's life to be changed.