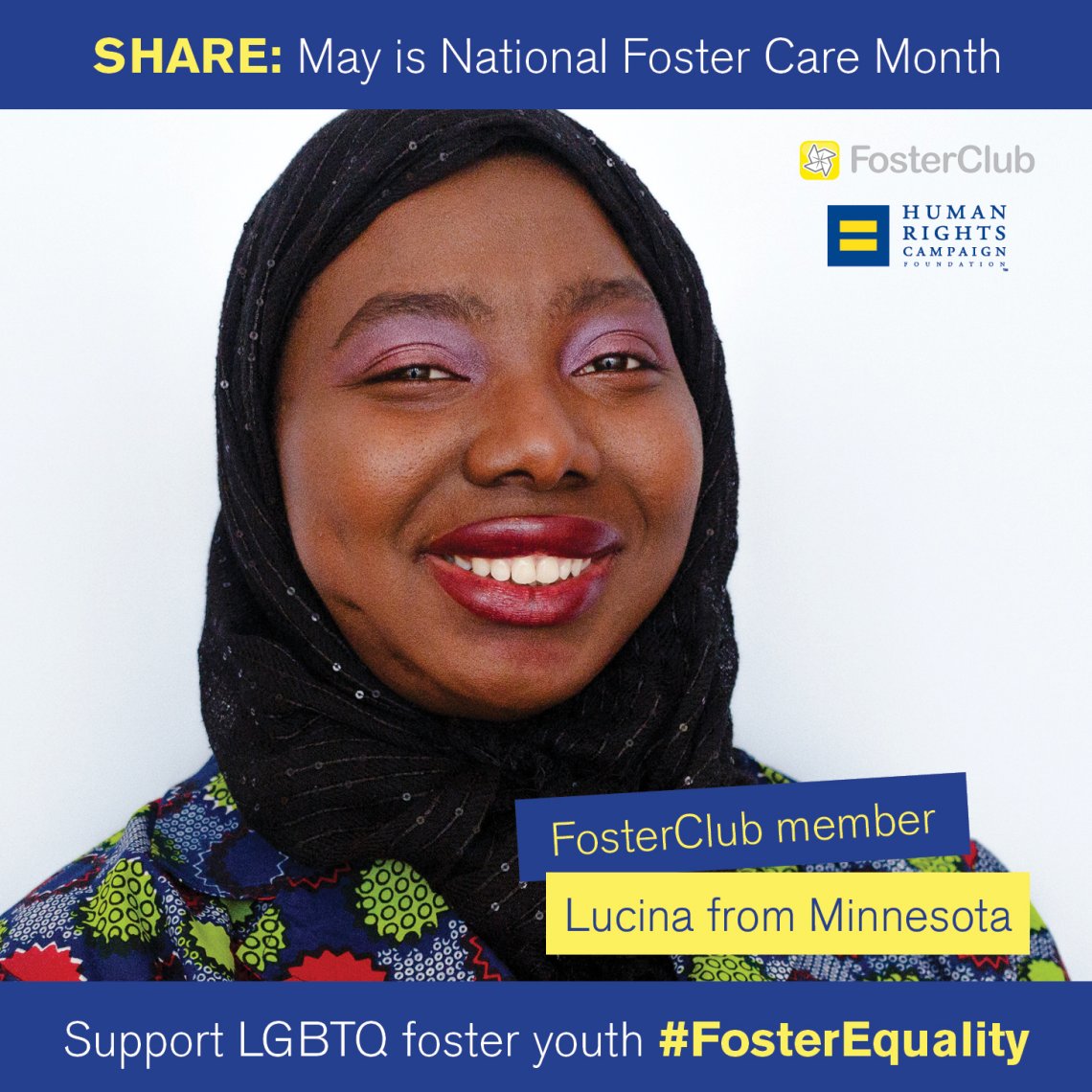 My childhood was filled with war and terror, from growing up in a war-torn country to fighting my own battle with accepting my identity as a Queer Black Muslim girl. I was born in Liberia during my country’s second civil war that displaced so many Liberian families. My family and I escaped the war and came to the US in 2002 but the trauma of war followed my family. My family was separated after my stepfather's PTSD started to impact his parenting. My first placement was St. Joseph’s Home For Children where unfortunately in between the many homes I would have following that stay, I’d end up at intermittently another 16 times.

I grew up around openly LGBTQ Black foster children and I saw first hand how people treated them. I was fearful of becoming one of those foster children that were forced into treatment facilities due to being open about who they are. For years I told my social workers that I was Christian to protect myself from Islamophobic foster parents and then I started to question my sexuality but I refused to put myself in danger of being pushed into the juvenile justice system because of who I was. Many foster parents would refuse to have LGBTQ and Muslim foster children in their homes, and I was not willing to add my name to the list of rejected foster children forced into treatment.

Many of my social workers had difficulties dealing my past and refused to address the fact that I was a civil war survivor dealing with being taken away from the only people that I knew as my family. The only person in my life that accepted all of my identity was my auntie. I told my aunt that I was queer when I turned 15. She told me she already knew but she was waiting for me to come forward. My biggest fear was that my Muslim auntie was going to disown me due to not understanding my LGBTQ identity but instead I got the exact opposite. “You are the child of the Sapo and Kru people, you are smart and Allah loves you even if you feel that the world is against you Allah will always be the one to protect you.” My auntie would say this to me when I started to doubt who I was. This is the only thing that reminded me that someone in my life loved me even if I was unwilling to publicly show who I was.

I continued to keep my Muslim and queer identity to myself until 2014 when I came out to my close friends and family. It was easy for me to finally be myself because I was no longer living in a foster home and no one was deciding where my next home would be. I felt like I was finally in control of my own life and I would never allow anyone to take that control away from me. I was finally free. I started to organize with the Movement for Black Lives and it made me realize that queer Black Muslims exist and they were living all around me. My confidence began to grow each time I was around people like me, people that I thought did not exist.

As I get older and learn more about myself and my ancestors, I start to realize that I am my ancestors wildest dream. Not only am I paving the way for LGBTQ Mulsim youth of color in foster care, I am making myself proud in the process. My Blackness and my queerness go together and I will never be willing to separate the two. I will continue to create pathways for foster children of color that are being silenced by the same system that was created to protect them.

Hello Lucina, my name is Princess D. Wondee. I am currently a student at Coppin State University with the hope of earning my Bachelors's degree in Criminal Justice. I am currently taking a course that requires me to write a proposal about any criminal justice topic. My topic is Foster Care. I want to create a program to help improve foster care in America. I just read your experience in foster care. I too am Liberian and I too experience the brutal aftermath of the Liberian second Civil war. My family and I came to the United States 12 years ago. As a Liberian, I too understand the effect of having to fight our demands. the nightmares, the day to day struggle of mentally surviving amongst people who will never understand what we were a force to go through. Because of the war, so many families were destroyed and so many children were put into foster care. I would like to interview you. I want to sit with you, speak to you, get your feedback on the foster care system where you were and what helped you after you were adopted and how your everyday life was in foster care. Understand that being adopted wasn't the only change you needed. I want to know what else helped you and what didn't. Please email me off at [email protected] If I can make some changes in the foster care system successfully maybe one day I will be able to change Liberia`s Foster Care.