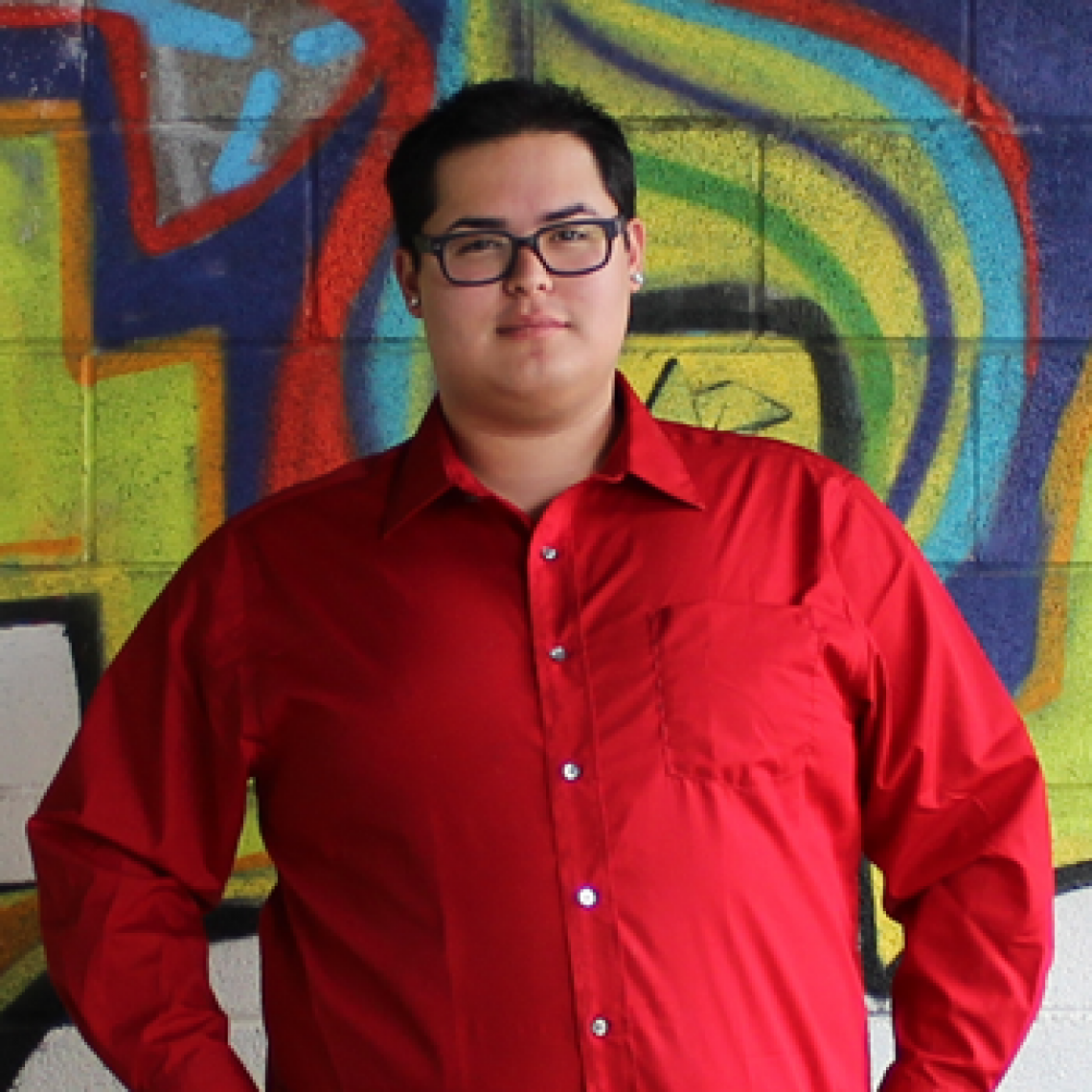 I am the oldest of five and grew up with a single mother. Because of this, I took on many responsibilities to help my mother support my siblings. Some would have said I played a parent role by ensuring my siblings did their chores and homework, as well as making them food. I entered foster care due to issues in the home - it was no longer safe for me and my siblings to continue to live with our mother. It was tough being separated from my family because I took care of them for so long and made sure their needs were met. Because of this, though, I forgot to pay attention to myself.

Isaiah was placed in two separate, but very religious foster homes. Read about the two very different experiences and how having a supportive foster family can help LGBTQ youth thrive - #FosterEquality #FosterCareMonth.

I was thirteen when entering foster care, it was towards the end of my 8th grade year in school. When I entered care, I had no choice but to try and figure out what my needs and wants were. I began to question my sexuality. I felt like a man and saw myself like a man, but I was different than others. I didn’t see girls the way my guy friends did. I realized I didn’t find girls attractive. I thought guys were attractive and all the other feelings of liking a person. However, I dated a girl because I thought that was what guys were supposed to do. She tried to kiss me and when I avoided her advance, there began rumors at the school that I was gay. I lost a lot of friends and got my fair share of being made fun of, rejected by others and feeling unwanted. I became scared with the idea of being gay.

Living in Idaho, there was no support of LGBTQ youth or people that I knew of. Afraid my sexual identity would get back to my mother and afraid to be ostracized like what happened in school, I decided to try to suppress my sexuality when entering foster care. My first placement was in a group home, my second placement was with my biological father and my third placement was in an extremely religious home. All the placements felt safer to play straight than being gay. My third placement everything was ok because they thought I was straight. Then the rumors at school made it home with their biological daughter. I was asked to watch a movie about how gays were sinners, and how when they overcame it, they got into heaven. When I went to church with them, I was made to feel like I was going to bring the building down. Because I didn't want to go to church and because I was struggling with who I was, led my foster family to distance themselves from me, making it hard to connect with them and gain support. Of the five foster children and three biological children in the foster home, I was the only one to be singled out and treated differently.

Summer of sophomore year, I was reunited with my mom. After she peppered me with questions, curious about my life since being absent for some time, including asking if I had a girlfriend and after the experiences of rejection in school and the previous foster home, I broke down in tears and came out to my mom. She was very supportive in saying, “You will always be my son and we will get through this together.” Yet, some of my other relatives weren't so eager to invite me to family gatherings for awhile.

I soon was back in the child welfare system. Again, I felt that I was going to be treated differently because of how my friends reacted and how some of my family reacted. I didn’t tell caseworkers or counselors I was gay. Hiding my true self became what was comfortable and acceptable.

In my second to last placement in the system, I had supportive foster parents that noticed I was battling with my sexual identity. They were a straight couple who was very involved in church, but gave me a chance to express how I felt. They took me to church to help me understand faith and religion, not to belittle me. They assured that being gay was OK in their eyes and the eyes of their religion. They helped me find time for myself and understand my feelings. They gave me assurances that being gay wasn’t bad and introduced me to others by my name and not the label of “the gay foster kid.” Their support gave me confidence to come out freely and start being the real me.

To the foster parents that are struggling to accept LGBTQ youth, my advice to you is keep your ideals of sexuality to yourself, if they are harmful, they are your ideals and not that of the youth. Don't cause more damage to a youth already struggling with their own trauma that comes with being in foster care by being ignorant. If you don't feel you can accept that youth in your home then contact their caseworker. Making that move to a new home can be beneficial to the youth’s safety because a foster youth would rather feel wanted and love than neglected and hated.

To the foster care system in states that LGBTQ isn't well represented, like in my state of Idaho where there are not many out and proud, provide information for LGBTQ youth. When I was in care there was nothing, not a pamphlet, a question, a conversation. Nothing. Resources for LGBTQ youth could help reduce trauma by helping them to understand who they are. Just knowing there is some sort of support will make a difference.

To the youth, if you’re struggling with your identity while in foster care take that step of coming out to someone you trust and see how they respond. By taking that courageous step, you will know who supports you and who will reject you. Allowing yourself to be vulnerable will help you find your support. Be careful though, by showing your vulnerability make sure it is someone you know and trust. It will be a struggle for sure, but a struggle that will make you more confident in yourself and stronger. Your voice and your self worth are too precious to be shut down and ignored. If you’re a youth that identifies as LGBTQ, or even straight, you are you for a reason. Some may like you, some may love you, some may dislike you and some may hate you. It's for them to decide how they feel about you, but it's for you to decide how you want them to see you. Their acceptance of you won't matter until you can accept your true self. Be a friend to those who others cast away because you never know the gem you will find.

SO GLAD YOU FOUND YOU AND YOUR SUPPORT AND SAFETY FOSTER PARENTS THAT UNDERSTOOD.

"Your voice and your self worth are too precious to be shut down and ignored." - wonderful statement!

It took courage. Thanks for sharing

Your story was very inspiring!! THANK YOU!