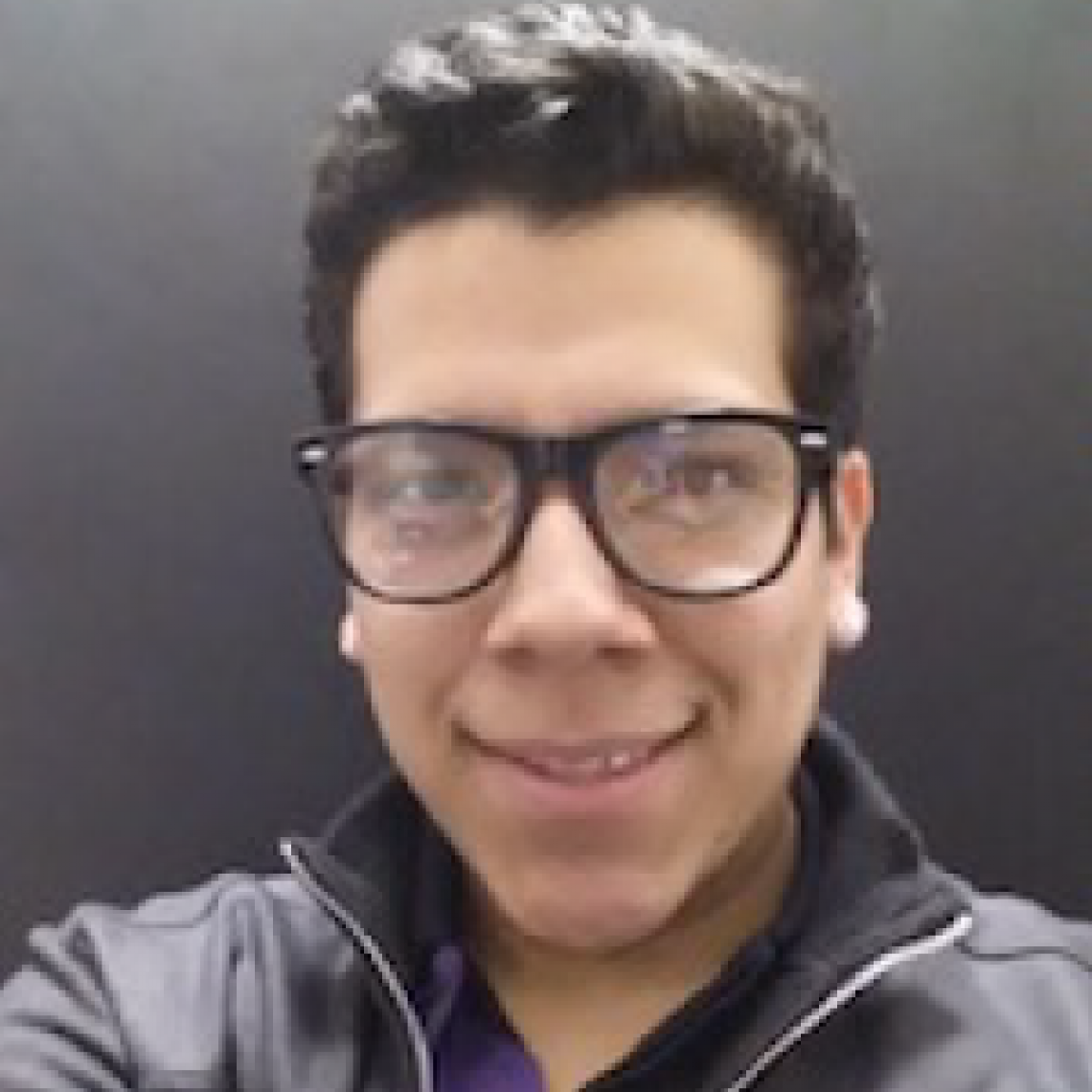 Trying to fit in

Hello, my name is Ernesto. I’m 24 years of age, and I am a gay man who was in foster care for six years.

In 2003, my little brother and I were put into the foster care system and placed in a shelter - I was 13 years old. I was scared where I was at, the guys were mean and called me names. I guess this wasn’t anything new, others had called me “GAY”, “FAGGOT” or “QUEER” before. The fear of being different or singled out kept me from coming out. I knew I was gay at a young age of about five. I liked boys, but people didn’t accept that. I knew you got bullied for it. This kept me in the closet throughout my time in foster care. I didn’t talk to anyone other than my little brother while at the shelter. After three months of being there, we were moved to a foster home in San Antonio.

My foster parents were very welcoming of us. After a couple of weeks, I knew we were in a great home with great parents; however, the name calling never stopped. I wanted to fit in, so I just let them call me whatever so they didn’t get mad.

I played sports to make myself seem normal and make friends - to feel more accepted. I dated girls that I had no attraction to so people would stop asking me if I was gay. I never dated a guy in high school, and I hated that I wasn’t brave enough and that I didn’t have support. I wish I could have those experiences back. I wish I knew what it was like to be young and in love and to make silly decisions over a summer fling. I wish there was an adult who saw that I was suppressing something and told me it was okay to be who I was. Someone to tell me I was safe, and no one was going to hurt me.

At home, I loved my foster parents. I felt safe, but behind closed doors my foster brothers picked on me and did stuff like write “faggot” on my duffel bag. There were so many days I cried in the shower, or stayed awake late into the night to cry. I even tried to trick myself into thinking I wasn’t gay. There were a few times when I came close to telling my foster parents, but I was afraid they would move me - move me out of the foster house and away from my little brother.

We went to a Christian church, which made me feel worse about my thoughts about guys. I was never forced to go, and I loved going to church for the people and the friends I had made. My biggest fear of coming out was backlash from the other boys in the foster house, from those at the church and the possibility of being removed from the house. I knew if they decided to move me had I come out, there would be no place for me to go. There aren’t LGBTQ friendly foster homes or shelters. Foster care doesn’t open their arms wide for kids like me, so I suffered in silence until my second year in college.

I continued to be very active with extra-curricular activities in college and decided to join the men’s volleyball team. That is where I met my first boyfriend. At the time, I was still living with my foster parents so I kept the relationship a secret. It sucked because he was so amazing, and I was too afraid to tell anyone.
One evening, my foster parents and I had a fallout. They found out I was dating a guy and everyone else in the home found out. One of the boys decided to post it on Facebook and that’s how most people found out I was gay. It was never on my own terms. I lost so many friends and family because they judged me and who I was as a person.

It took a while to get over things and to get out of the depression I was in. I got the courage to live for myself, and I came out to others in my life. I told myself there is no more hiding, no more shame, no more name calling to put up with. I had all this energy and new life, and I couldn’t help but wonder what things would have been like if had I lived differently.

The challenges I faced should not be a part of a youth’s experience in the child welfare system. If I had to rate foster home life, it would have to be negative because of all the mental and emotional abuse I felt. Never will I say that being in foster care was the worst — because it was not. I graduated from high school and attended college. Foster care enabled me to reach other personal goals, but as a LGBTQ foster alumni, I feel that LGBTQ youth need rights and placements they can be safe in - placements where they are not worried about fallout for coming out or being out. 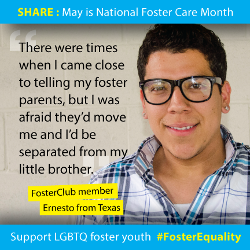 As a system, I think foster parents need training and a support system to turn to when they have a youth who is LGBTQ. In the South where I’m from, the resources are rare and youth are often left to fend for themselves or to live in fear. We need rights that we can count on to say, “I have a right to be who I am without any discrimination, without any fear.”  We need people to step up and say, “We will help, we will open the doors.” There should be no gap for youth, but instead a community that is reliable, safe, and well educated on current issues. We need to create a LGBTQ foster voice and stand strong because no youth should ever have to go through what I did and regret their own life choices.

Ernesto shared his story as a part of the #FosterEquality campaign.

Ernesto Olivares entered the Texas Foster Care system at 12 years old with his three siblings, then lost his father months before high school graduation. He went to San Antonio College for four and half years to study Psychology and Sociology. Ernesto is an 2013 Outstanding Young Leader and 2014 All-Star with FosterClub. He currently works with FCAA and Youth in Action Boards within the State of Texas. His hobbies are playing sports and being outdoors. Ernesto inspires to do two things in life: writing a book about his life including his experiences in foster care and to travel the country as an inspiration speaker… and a foster kid.