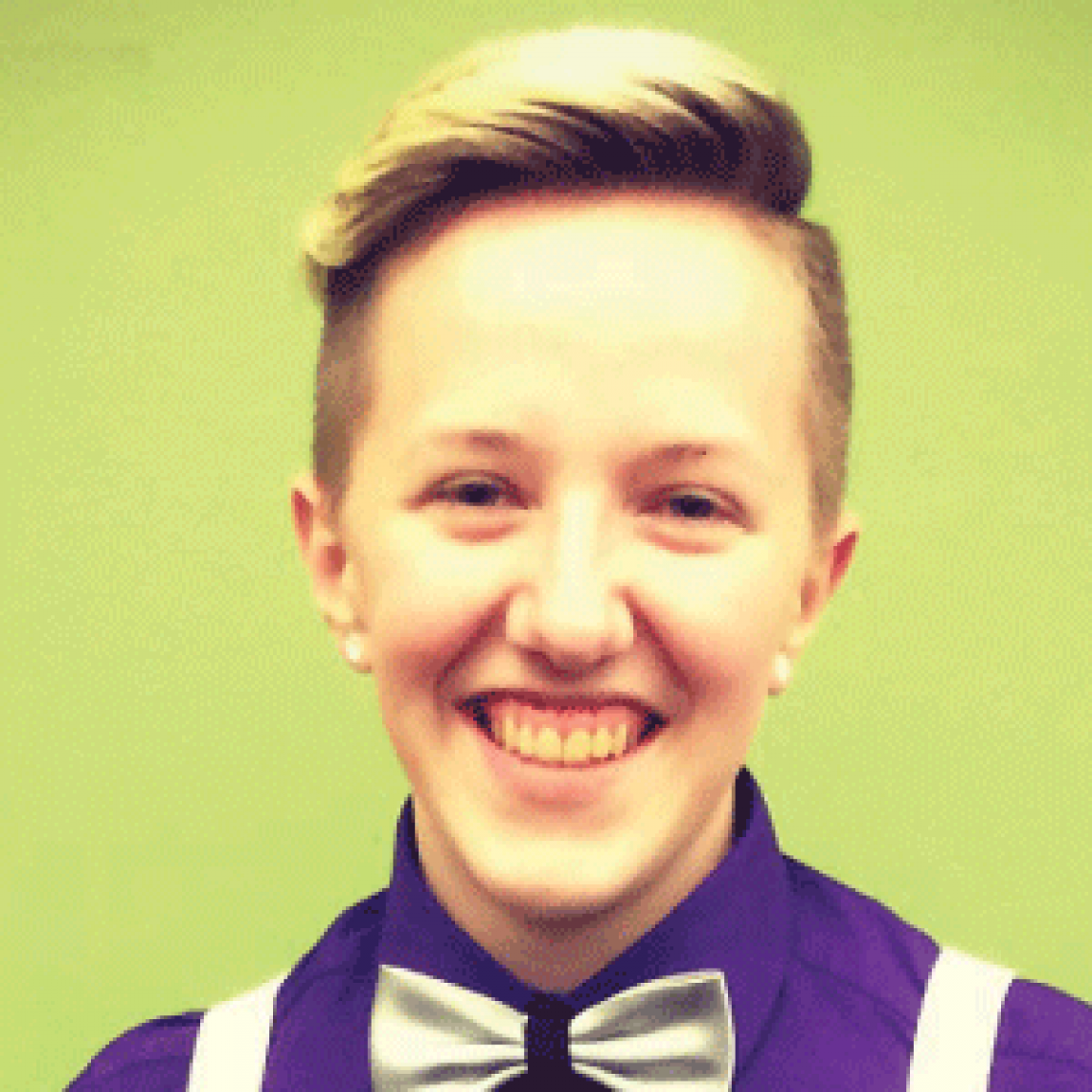 I was born in Louisiana, but my family moved to Casper, Wyoming just a few years later. This became my home for the better part of 18 years. Unfortunately, in my teen years, my family life became chaotic. All things considered, I believe entering foster care was one of the best things that ever happened to me. Without the challenges of living with my birth family, I was finally free to succeed in school, extracurricular activities and even get a job. However, looking back, I believe we can all do much more to ensure LGBTQ youth and their families receive better support from the foster care system and their communities.

I entered the foster care system at age 15 because my family life was turbulent. I had lived with my two mothers. One was an abusive hoarder that severely neglected my siblings and myself, while the other had begun the transition to female when I was 15 years old. It became normal for me to worry about things my parents should have been taking care of and this strained our relationship.

I can’t help but look back and recognize the role my mother’s gender identity played in my entry to foster care, and my own understanding of my gender and sexual identity.

When I spoke to community members and eventually my caseworker, guardian ad litem, and counselor about my home situation, I was supported in leaving my parents’ care. The condition of my home helped me get into care, as I wanted to leave my parents’ care for a safe and healthy home. However, my mom’s transition played a part as well. When I sought guidance through my church, the gender identity of my mother was their justification for helping me to find refuge in foster care. It seems clear that there was judgment regarding my mother’s gender identity, and while I was supported in separating from her to get away from this “odd lifestyle”, I felt ashamed. I certainly do not feel that there were enough efforts to help us stay connected as a family, and I believe this is due largely to her transgender status.

Even with the hardest days we’ve been though, I still love my parents, and I’m grateful that they’ve shaped a large part of who I am now.

The Same People that Helped me Find Safety Were Judging Me

When my family was falling apart, I found comfort and safety with members of my church. They showed true concern for what I was experiencing, love and support. At the time, it felt as if they saved me. I want to be clear about how grateful I am for my church because they instilled many of the values and discipline that has made me successful. Without their guidance in those early years, I wouldn’t be the young leader that I am today. But as I entered high school, it started to become clear where my heart stood. I had to face some difficult questions about what it meant to be in love, and how I was going to choose to live my life. The conclusion I came to is that love is love. In the spring of my senior year, I began seeing someone.

It didn’t take long before the leadership of my church stepped in to stop the budding relationship that was growing between myself and another female. Church leaders sat us down and told us that what we were doing was wrong. In their eyes, we were in sin not love. It was explained to us that by having these feelings, we were dishonoring their leadership, the church and God. It was incredibly hurtful to receive this criticism from people I respected and cherished so much. These people – my church family, who had saved me – were now criticizing my identity. I felt as if I was letting them down.

To add more insult to injury, I was also denied the ability to play the drums within our church’s worship team. I was told that even though I had been willing to “work on” my sexuality, I was unfit to participate as a leader of my church due to my affliction. As I protested, I was provided the example that if any other member of the team had been caught living a sinful lifestyle, such as being an alcoholic, they would also have been asked to step down. 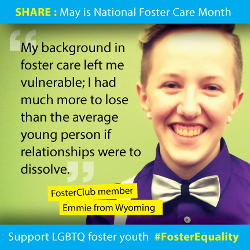 In foster care, there is a term called ‘permanence.’ The idea is that all youth need family they feel they belong to. For me, being part of my church community had been a very positive experience and became my permanence. The church connected me to a network of supportive adults and peers that felt like family. However, when my sexuality became clear to my church family, I faced members who sought to help me live a straight lifestyle. In discussions, they would say, “We aren’t making you do this. We can’t make you do anything." They may not have recognized that my background in foster care left me vulnerable to the suggestion of adults; I had much more to lose than the average young person if those relationships were to dissolve. Considering how many relationships I had lost in my life, it was especially hard to cope with another layer of rejection from my chosen family. While I had long seen the leaders of the church as parents who loved and cared for me, I had no idea that I would one day feel as if I had no power to say "no" to what they were telling me was for the best. So I tried. Although it never felt right, I submitted to conversion therapy and tried to change the part of me that I had only just recently felt the confidence to reveal.

Being open about my sexuality strained many relationships. I came out officially in May of 2013, having aged out of care, and started college only nine months prior. I found support after I came out to some close friends. I was eventually empowered enough by that support to leave my church for good. I finally came to the realization that there was no need to stay in a place where people viewed me as needing to be healed or changed.

I still choose to be kind to the people from my past that mistreated me. I say hello, I wish them well, and if they seem receptive to it, I might even reassure them that I still love them. I continue to do this because despite what they put me through, I still value those relationships. Instead of shutting those hard relationships out, I’ve strived over the years to slowly remove the valleys and mountains of difference that seem to sit between me and those former members of my community.

I am proud to be the person I am today. The best piece of advice I could give anyone in regards to their sexual identity is simply this: if anyone tries to coerce you away from who you truly are, then they don’t deserve to be a part of your life.

If you are reading this, I hope you can see my heart and intention: to be honest and vulnerable with a past that was hard, but that helped propel me to a better understanding of myself as a lesbian, identified queer woman, from foster care.

Emmie Hinkle spent three years in Wyoming’s foster care system. Although she struggled to find acceptance and community as she was beginning to transition out of foster care, she’s never seen herself as a victim and has strived to instead turn her experiences into opportunities for other youth in care. As a FosterClub Outstanding Young Leader, Emily is an advocate for child welfare, mental health, and the LGBTQ community. She has contributed to work around the National Youth in Transition Database (NYTD) as well as the Young Adult Training and Technical Assistance Network (YATTA) since 2011. Amongst her other accomplishments, Emily has also been an intern with FosterClub, the National Resource Center for Youth Development and even established her own LGBTQ support network. In May 2014, Emily graduated with two associates of science degrees from Casper College and is currently attending Portland State University to receive her bachelor’s degree in Women’s studies with a minor in Sexuality, Gender, and Queer studies.

If you are inspired by Emmie's story, we invite you to share it through social media, email, blogs, newsletters, articles and word of mouth. If you would like to contact Emmie for media purposes, please call Jessica Gibson at (503) 717-1552.