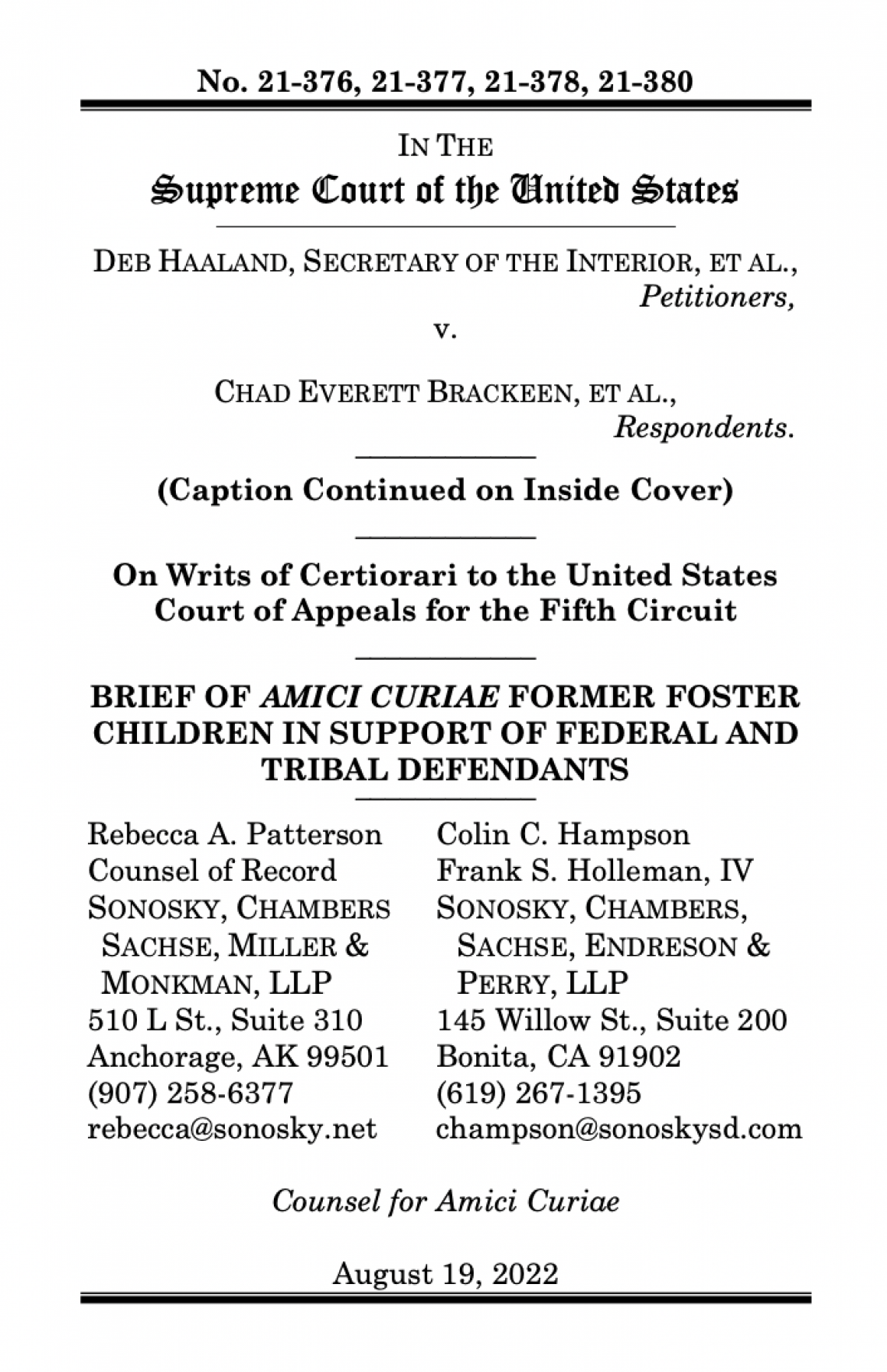 FosterClub is pleased to share an amicus brief from former foster youth filed at the Supreme Court earlier this month. The brief was supported by several Lived Experience (LEx) leaders and includes thirteen Native Leaders’ experiences and recommendations. This brief discusses how the Indian Child Welfare Act (ICWA) “supports [LEx leaders and] allows them to maintain their familial, cultural, religious, and tribal affiliations and connections.”

“Because I got to stay on the reservation, I was closer to family and very well connected to my people. I went to the longhouse [on the reservation]. I went root digging for feasts. I gained a sense of belonging.”

Additionally, FosterClub joined a separate amicus brief led by Casey Family Programs, which argues that the Indian Child Welfare Act is an example of best practice in child welfare and serves the best interest of the children and families who are eligible under the act. The brief also addresses how ICWA’s standards have informed other system changes at the federal level of child welfare.

Lived Experience Leaders and FosterClub joined 497 Tribal Nations, 62 Native organizations, 20 states and DC, 87 congresspeople, 27 child welfare and adoption organizations, and others in signing on to briefs in favor of upholding ICWA. You can view all of the briefs filed in this case on the Tribal Supreme Court Project page here. (The links after “Brief for Tribal Defendants” are pro-ICWA; the ones before are anti-ICWA).

The Supreme Court will review the materials submitted, including several amicus briefs, before holding oral arguments in Brackeen v. Haaland on November 9, 2022. You can listen to the arguments here.

A bit of background:

"Amicus curiae" means "friend of the court," and an Amicus brief is filed in a court case by non-litigants with a strong interest in the subject matter. FosterClub joined the Amicus brief to give voice to young people in foster care and directly supported lived experience leaders to share their experiences with the Supreme Court.

For generations, the United States government forcibly separated Indian children from their families through boarding schools, foster care and adoptions in an attempt to erase Native families, tribes and communities. The Indian Child Welfare Act (ICWA) became law in 1978. ICWA was designed to prevent further separation of Native children from their family, culture and tribes and address the harms and long-standing practices of removal. Learn more about ICWA here.

District of Columbia
Well-being
Previous
Next