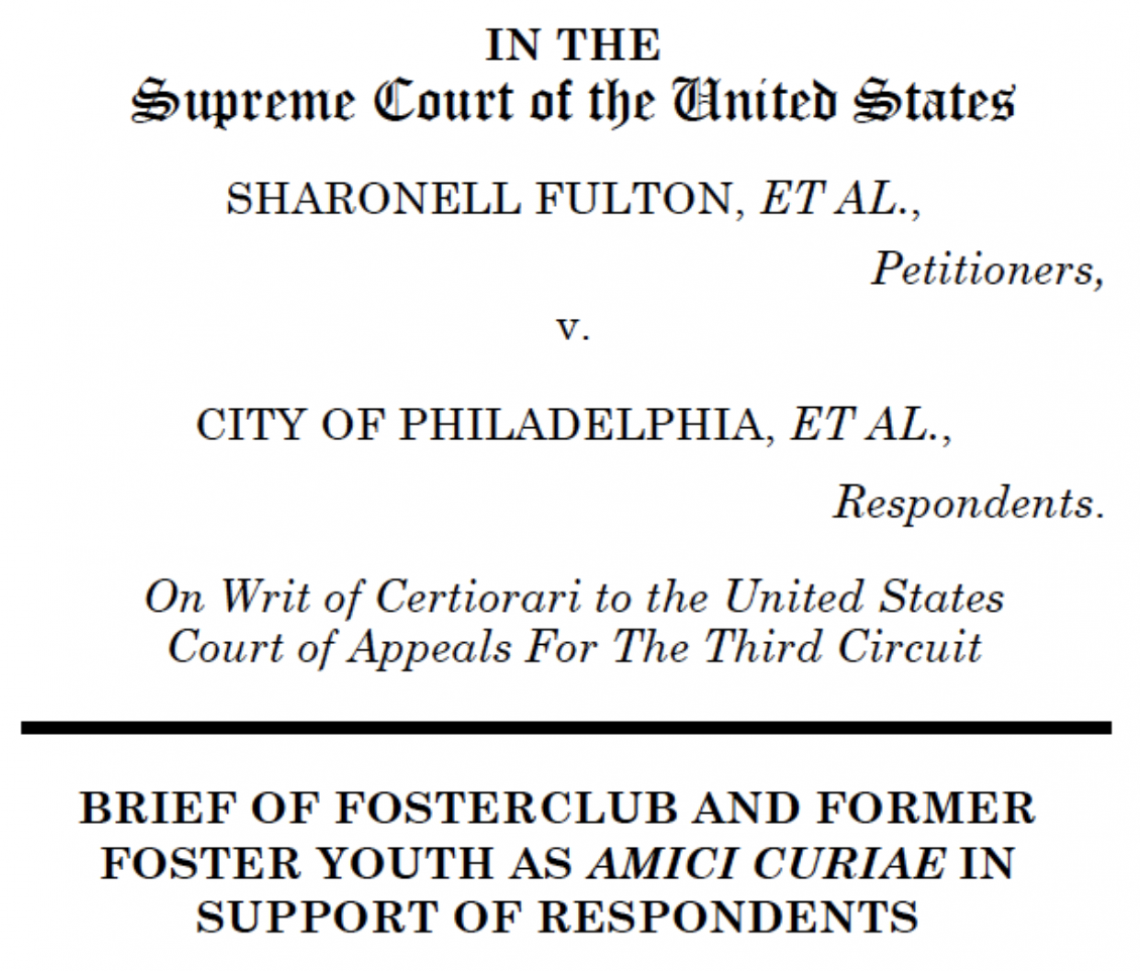 FosterClub filed an Amicus brief in the Fulton vs. Philadelphia case that is being heard by the Supreme Court today.

A bit of background: 'Amicus curiae' means 'friend of the court,' and an Amicus brief is filed in a court case by non-litigants with a strong interest in the subject matter. FosterClub filed an Amicus brief to give voice to young people in foster care. 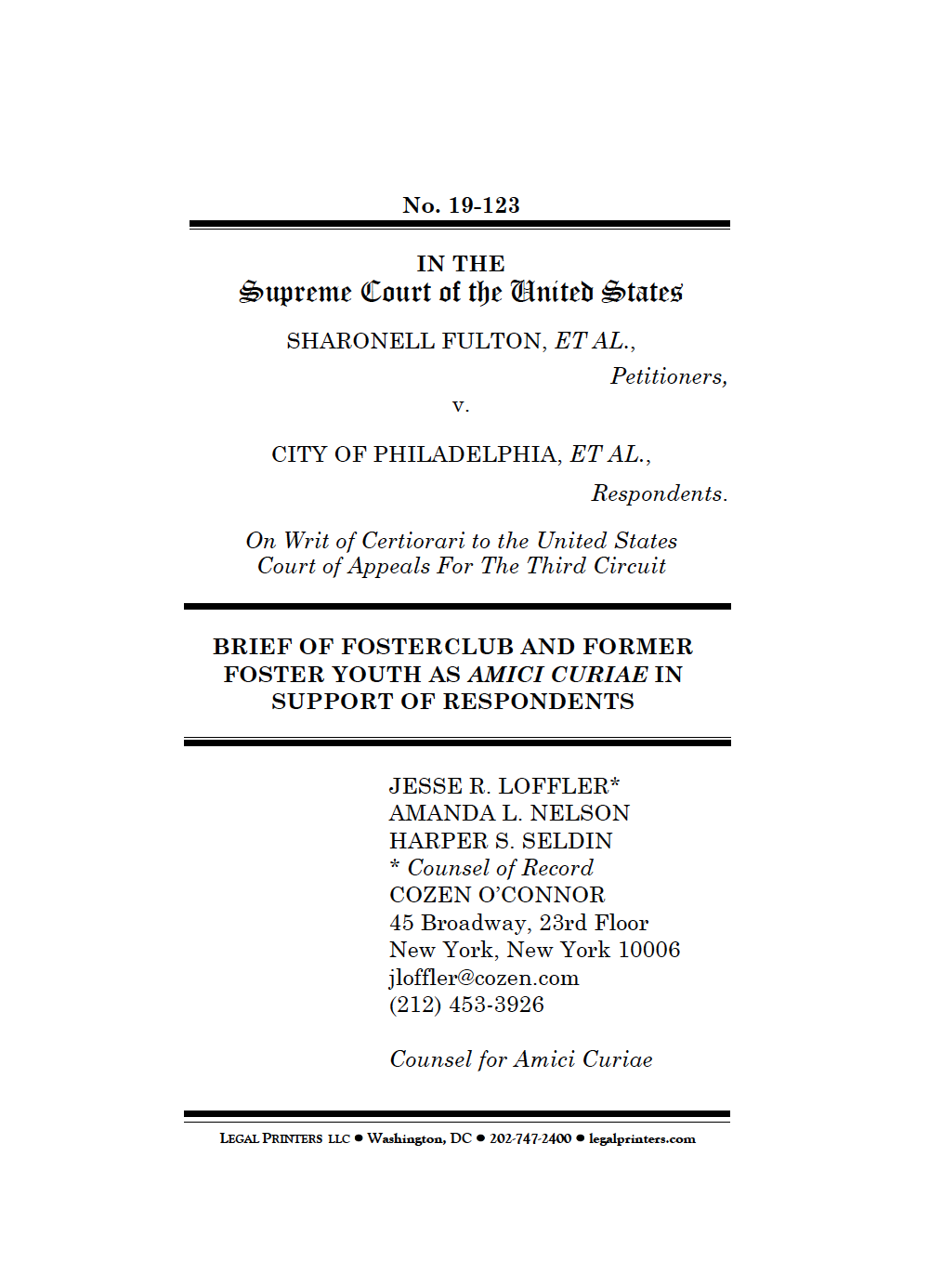 Background about the case:

In May 2018, Catholic Social Services (“CSS”), a faith-based foster care agency filed a lawsuit against the City of Philadelphia with whom it had a contract to provide public child welfare services.

Despite the nondiscrimination provision in the City’s contract with CSS (and all other contractors), CSS refused to license same-sex couples to be foster parents based on religious objections.

When the City told CSS that it had to comply with the nondiscrimination requirement or its contract would not be renewed, CSS sued the City, claiming that requiring CSS to abide by the generally applicable nondiscrimination requirement for contractors violated the free exercise of religion, even though CSS chooses to be a contractor and accept taxpayer funds to provide the public service of child welfare. The federal trial court and federal appeals court rejected CSS’s argument and ruled for the City, finding that CSS’s religious Free Exercise rights were not violated. CSS appealed to the United States Supreme Court, and in February 2020, the Court agreed to take the case. Oral argument is expected to be in the fall of 2020.

What's at stake:
Young people in foster care were - and continue to be - immeasurably impacted by the foster care system and the shortage of available families. They are strongly opposed to discrimination in the child welfare system so that youth currently in foster care have the best possible chance of being placed with a family that can support, nurture, and encourage them to thrive. The Amicus brief filed by FosterClub features the collective perspective of young people represented by the organization, and highlights specific stories from fifeteen young people with first-hand foster care experience.

Many states and localities across the country that contract with private agencies to provide services in the public child welfare system have nondiscrimination requirements similar to the City of Philadelphia’s. Agencies voluntarily enter into these contracts and are paid taxpayer dollars to carry out the state’s duty to care for and provide homes for children whom the state has removed from their parents or guardians.

Allowing agencies to “opt out” of contractual requirements based upon their religious beliefs could have dire consequences for the 437,000 children in foster care across the country. There is a shortage of homes for these children, and allowing agencies to turn away qualified, loving families because they do not meet the agency’s religious test only exacerbates the problem.

Moreover, a broader decision holding that religious entities are constitutionally entitled to contract with the government but then refuse to comply with the parts of the contract to which they object would have a profound impact on all government contracting.

To learn more about the case and to follow the Supreme Court's actions: https://www.familyequality.org/resources/fulton-v-city-of-philadelphia/