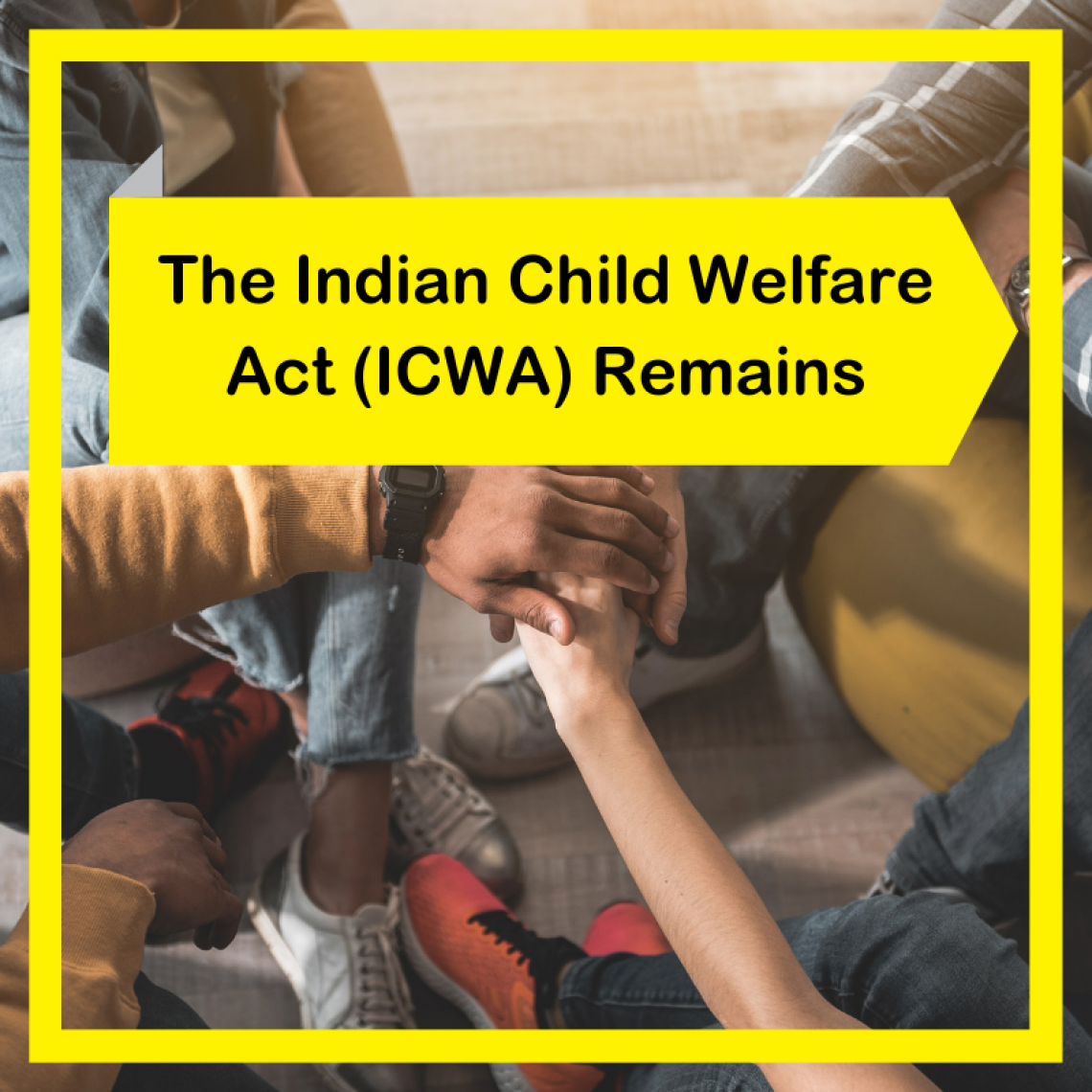 This month, the US 5th Circuit Court of Appeals in New Orleans handed down a major victory in the battle to protect the rights of Native American youth in foster care. The court struck down a previous decision by a lower court that had ruled the Indian Child Welfare Act (ICWA) unconstitutional. Signed into law in 1978, ICWA aims to keep Native American families together and to protect Native American cultures by giving adoption placement preference to a child's biological family, fellow tribe members, and other Native American families. The case, Brackeen v. Bernhardt, was brought by the state of Texas in 2017. Arguing on behalf of a white couple (Chad and Jennifer Brackeen) attempting to adopt a Native American toddler, Texas claims that ICWA violates the equal protection clause of the US Constitution by making distinctions in child welfare cases based on race. Last year, a federal judge in Texas sided with the state and the Brackeens, striking down ICWA as unconstitutional.

Following this ruling, the case was appealed to the 5th Circuit, which reversed the Texas judge's ruling and maintained ICWA's constitutionality. The law does not apply to all individuals who self-identify as Native American but rather applies specifically to official citizens and members of tribal nations. Because of this, the court maintained that, in this case, "Indian" refers not to a racial distinction but a political one. Thus, ICWA cannot violate the racial component of the equal protection clause. This interpretation is supported by hundreds of years of policy precedent. Throughout history, US Courts have consistently upheld laws that specifically govern citizens of tribal nations, commonly known as "Indian Law," as vital to protecting the sovereignty of tribal nations. This precedent was reaffirmed by the 5th Circuit, which stated in its decision that declaring ICWA unconstitutional would "effectively erase" an entire section of US law and would jeopardize "the solemn commitment of the Government toward the Indians."

ICWA is widely regarded as a "gold standard" of child welfare policy, even by non-native organizations, and the 5th Circuit's reaffirmation of ICWA is important for a variety of reasons. First and foremost, by prioritizing their placement with other Native American families, ICWA preserves Native American youths' connection to their cultural heritage. This has been proven to be extraordinarily beneficial for overall well-being. Specifically, having a secure cultural identity has been linked to increased levels of self-esteem, decreased alcohol and drug use, increased school success, and decreased risk of depression among Native youth.

The protective aspects of ICWA are especially important given its historical context. The US government has a history of discrimination against Native peoples and disregard for the sovereignty of tribal nations. Furthermore, this troubled relationship is not a relic of the past, an ancient artifact confined to history books. Issues of diplomacy, sovereignty, and respect with regard to tribal nations and peoples are still very much present in contemporary society, and ICWA was specifically designed to address these issues. When the law was passed in the 1970s, one-third of Native American children were being removed from their families by state welfare agencies. A majority of these children were placed with white families. Thus, the protections enshrined in ICWA are vital to securing the rights of Native youth, families, and tribes within a system that has historically discriminated against them.

Finally, ICWA improves the overall quality of services that Native youth and families receive within the child welfare system. Tribal communities are able to provide information, support, and resources to Native youth and their families that states simply cannot. Often times, tribal nations have more visibility into the situations of Native families. This gives them access to information that states and private child welfare agencies do not have. Furthermore, tribal nations are critical in developing effective case plans for Native families. For example, they have a better understanding of these families' culturally specific needs and are better equipped to identify extended family members who could help care for Native youth. This ability of tribal nations to better serve Native youth and families is reaffirmed by 21 states that submitted amicus curiae briefs in support of ICWA. These 21 states are home to 70% of tribal nations. Thus, the consensus is clear. The states that work most closely with Native populations recognize ICWA's fundamental importance and are actively fighting to protect it.

The 5th Circuit's resounding reaffirmation of ICWA is an important step in the continuous fight to protect Native youth and to ensure the fair treatment of Native peoples in the US. However, the fight is not over. On August 12, Marc Rylander, a spokesperson for the Texas Attorney General's office, said that the agency is likely to appeal the decision. If the agency chooses to do so, the constitutionality of ICWA will again be drawn into question, and advocates will need to be prepared to defend the law before an appellate court.

Furthermore, even if an appeal does occur, the work is not done. ICWA is a vital part of protecting Native children and families. However, it is just that: a part. Even today, Native children are overrepresented in the child welfare system, and studies have shown that Native children are four times more likely to be removed from their families than their white counterparts, even when their families are experiencing the same presenting problems. Continued advocacy is needed to address these persistent issues. For more information about advocacy efforts and resources available to Native families navigating the child welfare system (including a simple family's guide to ICWA), visit the National Indian Child Welfare Association.

Rights in foster care
Previous
Next