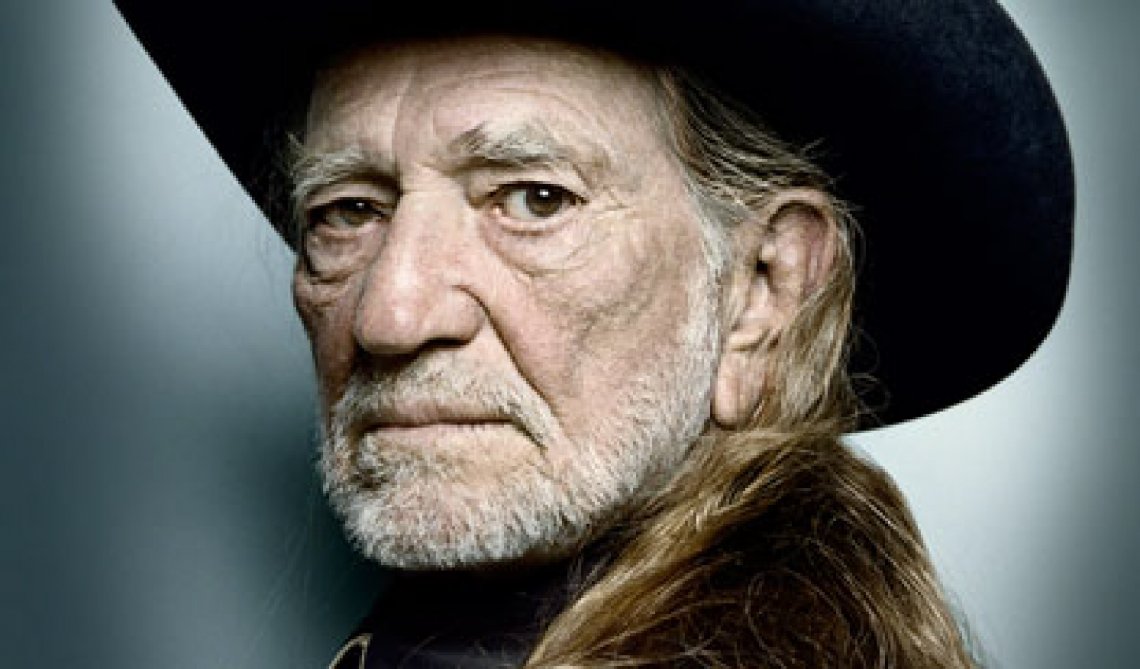 Willie Nelson has had a long career writing, recording and performing country music as well as blues, gospel and standard tunes. He is known as one of the greatest songwriters of all time, as well as an accomplished guitar player and one of country’s most popular singer-performers.

His dad, Ira, and mom, Myrle, were married when his dad was sixteen and his mom was fifteen. They lived in a tiny Central Texas farming community with Ira’s mother and father. These were the days of the big depression of the 30’s when poverty was everywhere and life was exhausting. Dad, Ira had talent for working on machines and found work as a traveling mechanic. The problem was that this job kept him away from home for long periods of time.

Willie Nelson was born on April 30, 1933, in Abbot, Texas and was baby brother to Sister Bobby Lee who today is a member of his traveling band and remains devoted to him. Willie and Bobbie’s mother were lonely and broke, and when her children were aged two and five, she left home, abandoning her two children and leaving them in the care of their Grandmother and Grandfather Nelson.

Sometimes situations like this turn out to be hard on everyone. But grandparents “Mamma” and “Daddy Nelson” looked on little Willie and Sister Bobbie Lee as gifts from God. They were eager to raise their young grandchildren and taught them the values of working hard, of loving others and of doing good in the world.

It was from his grandparents that Willie learned his music. They taught themselves the basics of music then passed their knowledge on to their grandchildren. Bobbie learned piano from her Grandmother Nelson and Willie took up guitar.

The Nelsons were also church going people. “My first piano book was a Methodist hymnal", Bobbie Nelson remembered. "The first song I played was 'Jesus, Lover of My Soul' My grandmother showed me how to read…It made sense to me right away”

What are you looking at me for?

I ain’t got nothing to say.

You can look some other way…

At the age of six, Willie Nelson received his first guitar. He already loved music and heard it everywhere. On the weekends, he listened to the Grand Ole Opry from Nashville with his sister and grandparents. If he could save enough money, Willie would go to the movies on Saturdays. What was popular with kids in his town were the cowboy serials and singing cowboys where country music could be heard.

At the age of ten, Willie joined John Raycjecks Bohemian Polka Band and when he got a little older, he worked as a disc jockey. For extra money, he sold encyclopedias and other items door to door (door to door sales were very common in those days before Wal-Mart). By the age of seventeen, Willie was writing songs. The songs he wrote were mostly sad. He said, “…I always seemed to be able to write the sad side of everything. It was always easy for me.”

After he graduated from high school, he joined the military and spent nine months in the Air Force before he had to leave because of a painful back problem. He enrolled at Baylor University in their farming program. While Willie was in college, he briefly considered playing sports professionally –baseball or football. At one of the important tryouts, his performance was terrible because he had been up late the night before playing his music. Finally it dawned on him that music was what he was supposed to do with his life.

By the time he was twenty-three, Willie had written, recorded and sold his first song, “No Place For Me”. By twenty-six he had two children to support and was divorced from his wife. He worked full-time at a radio station, and wrote songs part-time. The next song he wrote was “Family Bible” which he sold for about one hundred dollars. When Willie wrote and sold “Night Life”, his luck started to change. He moved to Nashville with the money he made from the sale and established himself as a writer of hits.

In Nashville in 1961, Willie landed a music publishing contract and penned some great songs including “Hello Walls” sung by Faron Young, “Funny How Time Slips Away” ‘ and “Crazy” by Patsy Cline, all of which hit the Top 40.

When Willie moved back to Texas a couple of years later, he found that there weren’t many musicians there to buy his songs. So he did a logical thing: he sang and recorded the songs himself. Country fans noticed and Willie’s fan base grew and grew and in 1973, he recorded his “Red Headed Stranger” album which hit the charts with “Blue Eyes Crying in the Rain”. The same year, he began his annual Farm-Aid Fourth of July concerts still continuing today to draw attention to the American farmer. During this time, Willie developed his signature act by growing his hair long, wearing jeans and dark T-shirts with a bandanna tied around his head.

Nelson has appeared in movies and on television. He has recorded with some of the biggest names in music. He has given country music a bigger and more diverse audience, reminding Americans of their musical heritage.

Today Willie Nelson still spends months of each year touring and performing, which he loves. He fills the rest of his time with his other passions like golf, card playing and dominoes with his friends.

Willie’s opening line when he worked as a DJ on KCNC, Fort Worth, in 1954: “This is your ol’cotton pickin’, snuff dippin’, tobacco chewin’, coffeepot dodgin’, dumplin’eatin’, frog giggin’ hillbilly from Hill Country!”

Willie Nelson does 145 concerts a year with sell out crowds regardless of venue played.

wonderful reading... one question, how long has he had that guitar, and what is the story behind it?