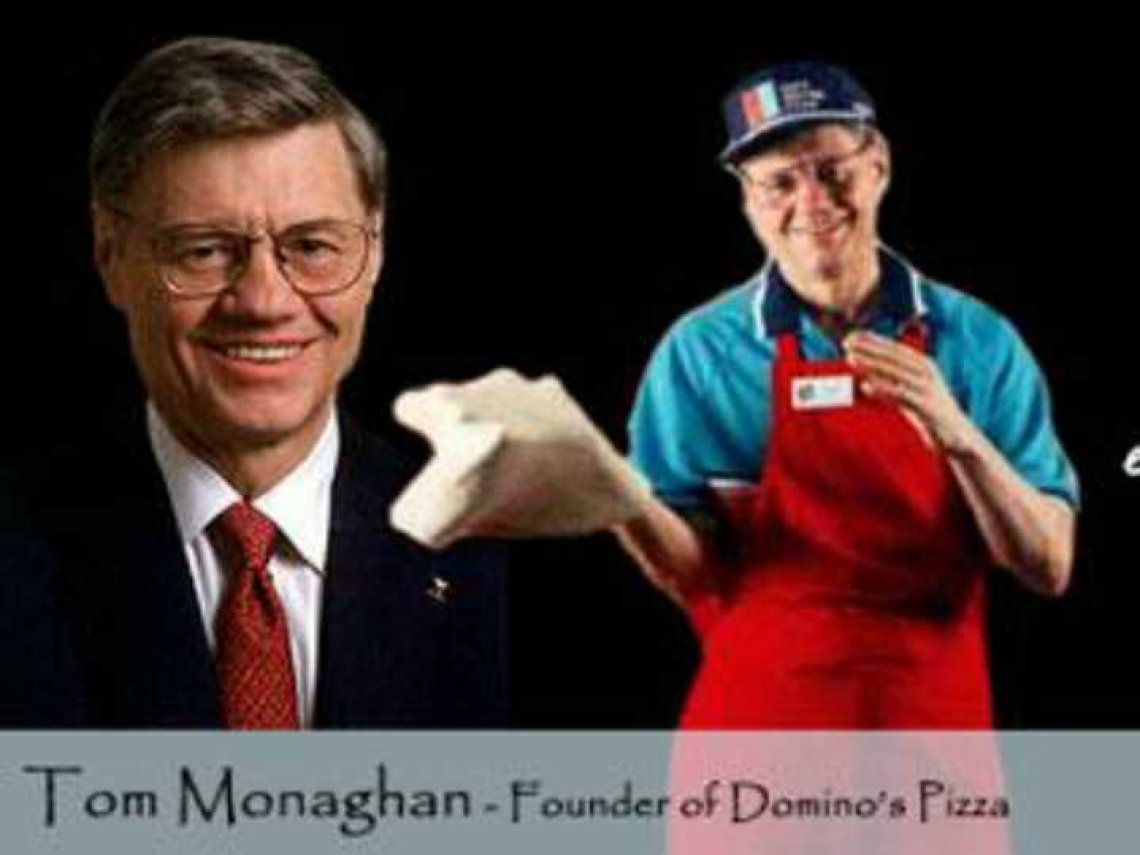 Domino's Pizza, which was one of the first to feature free home delivery of hot pizza in less than 30 minutes, grew from 290 stores in 1980 to well over 5000 in 1990. The chain's founder is an aboveboard, straight forward type whose life story is somewhat along the lines of the classic Horatio Alger theme. Partly raised in orphanages and foster homes, Tom Monaghan graduated last in his high school class, was expelled (for pillow fighting and talking in chapel) from a Catholic seminary and attended college six times as a freshman!

On Christmas eve of 1941, when Tom was only four-years-old, his young father died of peritonitis. His mother was only earning $27.50 per week and was having trouble controlling her energetic and restless son. Planning to enter nursing school, she put Tom and his younger brother, Jim into the first of a series of foster homes. She hoped to take them back after she graduated and found a good job.

When Tom was six, he and his brother were sent to a St. Joseph's Home for Boys, in Jackson, Michigan that was run by Felician nuns, one of whom, Sister Berarda, exerted a profound influence on Monaghan. "She became my surrogate mother, and I flourished under her care," Monaghan says in his biography, "Pizza Tiger" (1986).

His biological mother completed nursing school when Tom was in the sixth grade, took a job at a traverse City Michigan hospital, and bought a house. Her two sons came to live with her. Monaghan first displayed his entrepreneurial flair after completing the seventh grade. That summer he began growing vegetables in his backyard and sold them door to door. He also peddled the fish he caught in Lake Michigan, plus sold newspapers on street corners. Unfortunately, he and his mother argued constantly, and he was sent to live on a farm just outside of town. During his freshman year in high school, like actor Tom Cruise, Monaghan decided he wanted to become a priest and entered St. Joseph's seminary in Grand Rapids. But the seminars strict discipline proved too much for the rambunctious Tom.

After a limited time with the Marine Corps and dropping in and out of the University of Michigan, Domino's Pizza began emerging in 1960. His brother Jim, then a mailman, over heard that a pizza shop was for sale. The two brothers gave the seller a seventy-five dollar down payment, and borrowed the rest- 900 from the post office credit union. Jim later sold his share of the store to Tom, who eventually broke into franchising in 1967. The company's remarkable growth has resulted in Domino's having over 5000 stores in the United States and more than 260 stores in other countries.